Lucky Doyle, and an encounter with Camilla 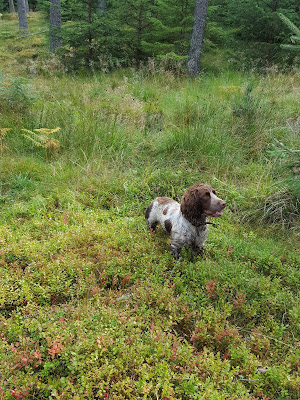 He must be among the world's luckiest dogs.

His owner Fiona is a Ranger on the Queen's Balmoral Estate, and he accompanies her to work every day. As far as I can gather from Gail, this means he spends his days romping around the forests and hills, or being driven along the estate tracks in the front seat of Fiona's Land Rover. 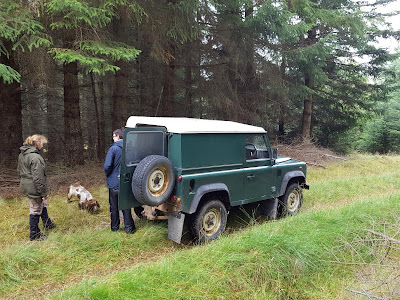 Gail met Doyle last Friday when she and another volunteer spent the day working with Fiona on a conservation project, measuring the extent of patches of a rare plant called Twinflower. 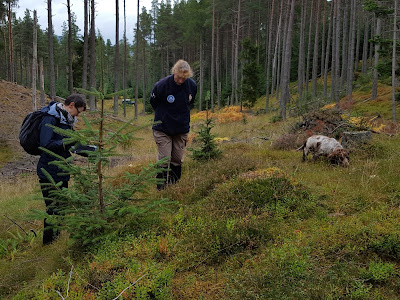 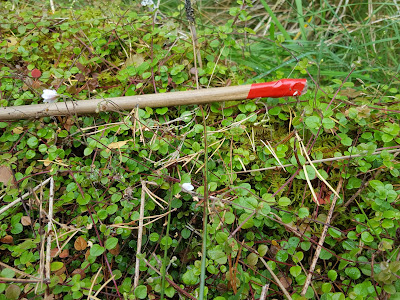 Although it is not obvious to me that there is anything so special about the tiny pinky-white bell shaped twinflowers,  I must say I was pretty miffed at being left behind in Aberdeen - apparently on the basis that I might be a "disruptive presence". Me, disruptive? Can you imagine?

So I had to make do with looking at Gail's photos.

I was most disappointed that Gail did not capture on camera the day's most interesting event, when the plant monitoring party came across Camilla, Duchess of Cornwall, walking her Jack Russell terrier along one of the forest tracks.

Apparently Camilla gave them a friendly smile and a wave (I guess she's had plenty of practice at that).

After any encounter with a member of the Royal Family, it is of course obligatory to report on their attire, and so I demanded to know what Camilla, our future Queen, was wearing.

Was Gail kidding me when she described "a muddy pair of leggings, a battered Barbour jacket and one of those plastic rain bonnets that fold away concertina style - the sort I was embarrassed to see my mother wearing in the 1960s..." ??

PS Gail did take me for a nice muddy walk in the hills this morning, so the earlier abandonment is forgiven. 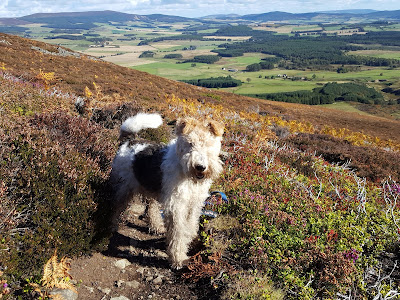