Do you remember me telling you back in January about how this winter I was the subject of a very important scientific experiment relating to my furs?

Instead of the normal 'little and often' hand stripping of my wiry hair, which is Gail's usual practice, this year she decided to leave my coat untouched all winter (other than a trim round the eyes now and then) to test the theory that come Spring the furs would be so loosely attached that the dreaded stripping process would be painless both for me and for Gail's increasingly arthritic thumbs.

As you know, I live in Northern Scotland, and if you are thinking that early March is these parts scarcely counts as Spring, well you would be perfectly right about that.

Ignoring this important fact, Gail set too with the stripping knife on Saturday. It was five whole months since I was last stripped and, well, I guess she kind of got carried away... 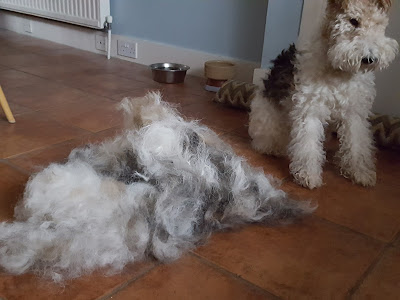 As I munched my way through two pig's ears and one medium sized  Pedigree Jumbone, a whole 6 oz of furs were detached from my person.

After another session on Sunday morning, I was most thankful when Gail finally called a halt, having spotted a couple of bare patches on my saddle. (The black furs are thinner than the white, and always come away more easily).

The brilliant news is that my paws are feeling ever so much better, and to celebrate this, as well as the completion of my mammoth grooming session, on Sunday afternoon I was taken on a 'proper' walk, my first in ages, up Scolty Hill.

Gosh it was nice to have a real leg stretch, although, given my sudden loss of insulation, I was a mighty relieved that the storm clouds gathering in the west passed us by. 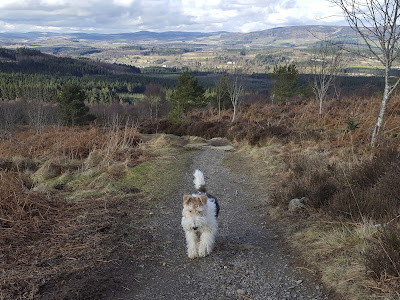 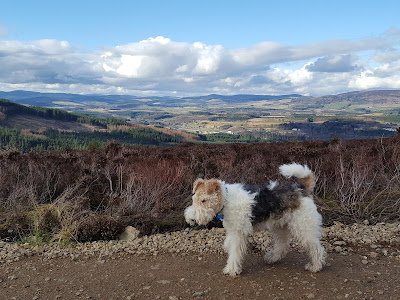 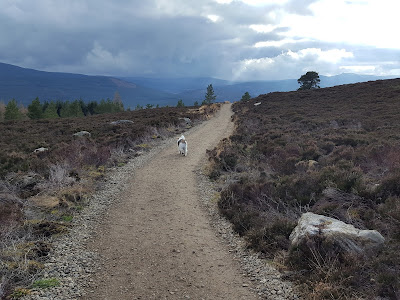 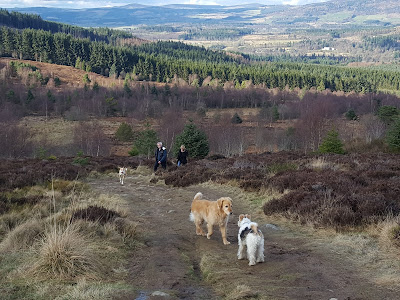 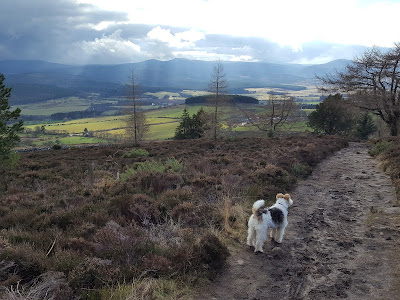 PS Gail says we are not going to repeat the experiment next winter, having learned that when my coat gets longer and thicker it is much more effort to brush, collects more dirt, and when damp smells more 'doggy' (although I fail to see how that last point is a Bad Thing)..