It all turned out perfectly in the end...

I'll be straight with you. On Day Two of the long weekend at Inshriach, I wasn't altogether sorry when Gail decreed I was to stay in the house and be cared for by fellow guest Sean, while she and some of the others went off for a nine mile tramp over to Loch an Eilein and back. 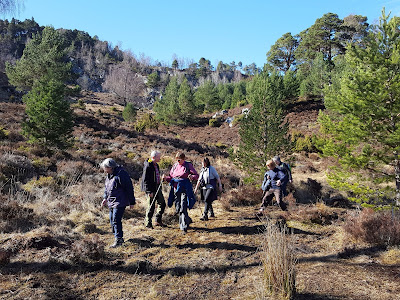 I mean, it's true that my paws are lots better, but after a day of setting to rights that young Border collie chappie Hemp, it felt time for some rest and relaxation.

And anyway, Sean and I have so much in common, both being noted writers and poets and all that. In fact I wondered if I should show him a few of my poems - perhaps he might welcome some tips? But Gail said she thought on the whole perhaps not, and it would be much better if I just sat there quietly and did not disturb him while he worked. And being an obedient sort of a chap, I did just that. 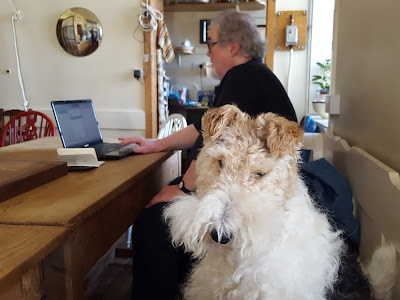 Come the morning of Day Three, and after John had supplemented my breakfast with a generous helping of the 'Best Black Pudding in Scotland' I was fairly bouncing off the walls of Inshriach House, and made it quite clear I was up for the planned four mile walk around Glenmore Forest Park. 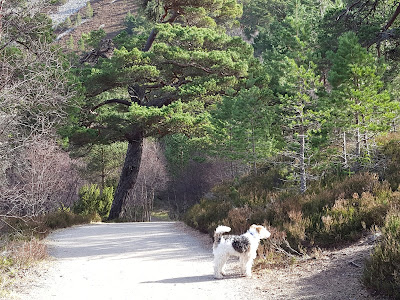 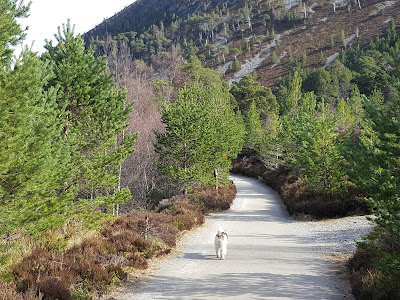 Gosh it was hard to believe it really was March and we really were in the Scottish Highlands.

Don't tell Gail this, but I was secretly pleased that she had stripped my furs the other week! The humans were sweltering in their merino wool thermals and by the afternoon, when the temperature hit 20ºC, some of them were even wishing they had packed their shorts. 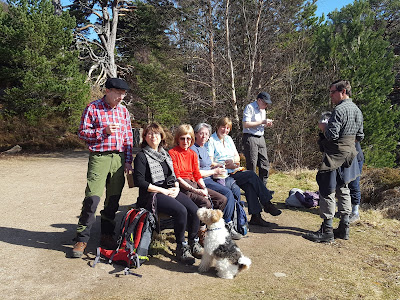 (Although, curiously, no-one saw fit to join me when I went to dip my toes in the pretty lochan at the top of the path.) 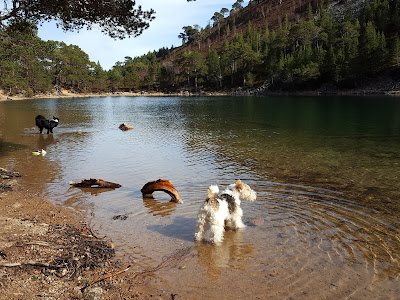 All too soon it was over and Gail said we had to head back to Aberdeen.

Oh I do hope I shall not have to wait another six years before I visit Inshriach and spend time with such a lovely group of people again. 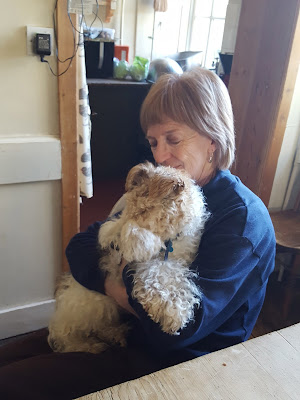 Lyn (above) gives the best ever cuddles. And who knows, I might even make friends with Hemp one day...
Posted by WFT Nobby at 06:00