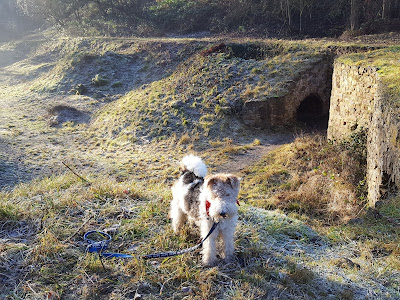 For an intrepid terrier, nothing is more fun than exploring new territory.

Before leaving Nottingham to head back to Aberdeen, Gail and I went on a lovely winter walk with our friend Janet.

Of course, even if I had not told you, you would have guessed from the gently undulating fields of winter wheat and the electricity pylons in the background that we were still in the East Midlands, not Northern Scotland. 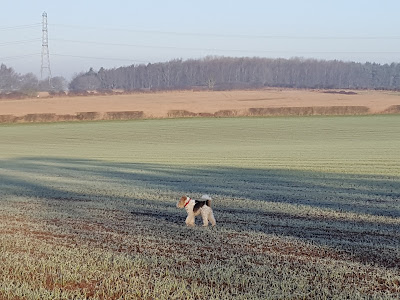 Janet is a very nice walking companion, although she did stop once or twice to say hello to sheep, which I thought unnecessary. 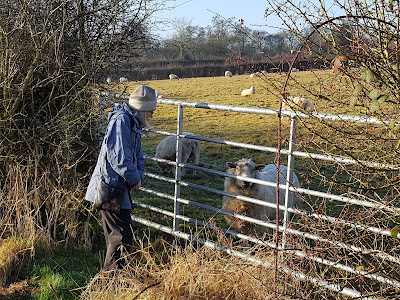 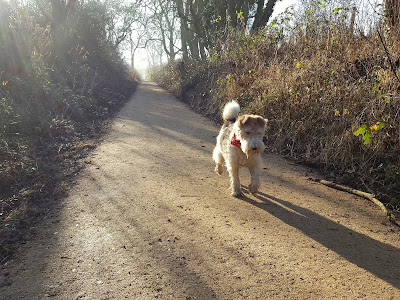 For me the highlight of the route was the Ticknall tunnel, part of a tramway built in 1805 to link an old limeworks with the nearby canal. 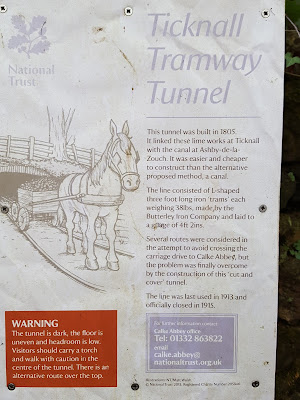 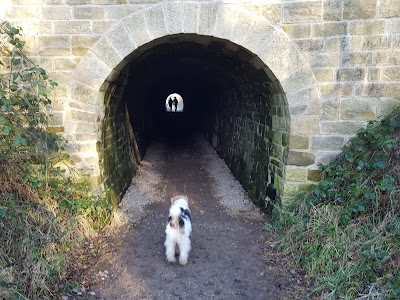 I was brave in the dark tunnel, and only stayed very close to Gail to make sure she did not get frightened. 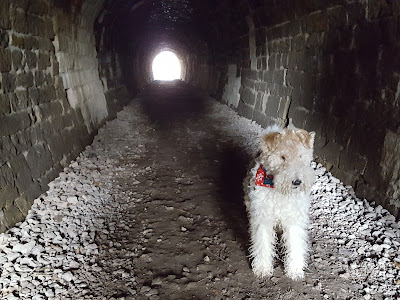 PS We are now safely home in Aberdeen where, incredibly, the weather just now is much warmer than in England!!
Posted by WFT Nobby at 22:51