En route to Nottingham for Christmas 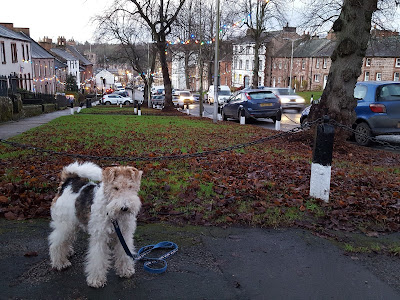 As Gail is a wimp about driving long distances, we are staying overnight in the little town of Appleby on the way down to Nottingham for the Christmas holiday. What a delightful place this is! Before checking into the Royal Oak we took a stroll around and ran into Sidney, pictured here. 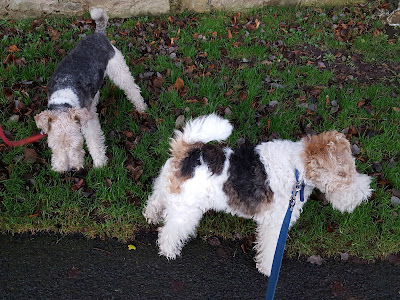 Although I must say, Gail was a lot more interested in talking to his owner that I was to him.

Inspecting the hotel bedroom, Gail and I had a disagreement on the issue of muddy paws on white cotton bed linen. I asserted that the outcome of my walk across the quilt would ensure she got her money's worth from the £15 'dog supplement' but she failed to see my point. 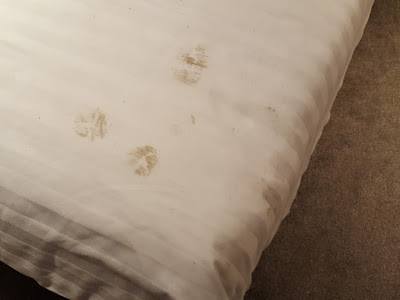 Later in the bar I listened engrossed to the men sitting across the other side of the room. It is not often my privilege to eavesdrop on conversations amongst humans of my own gender, and I must say I was impressed by their capacity to recall the finer details of football games played many decades ago between clubs of no notable distinction. 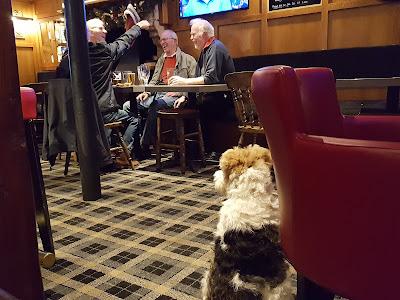 For sure this ability must confer some evolutionary advantage on the human species, although precisely how is not yet clear to me.

An interesting scientific conundrum to ponder as I make myself comfy for the night. 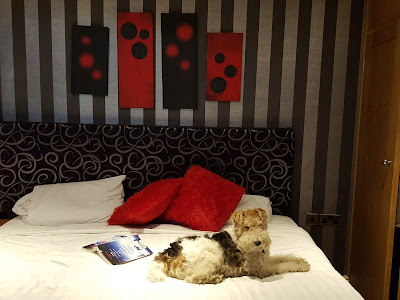 Posted by Bouncing Bertie at 06:37