On Sunday Gail refused to drive anywhere, citing still flooded roads, so instead we set off for a walk up Kincorth Hill (locally known as "The Gramps").

It has to be said that the walk from our house to The Gramps is not one of Scotland's most scenic. 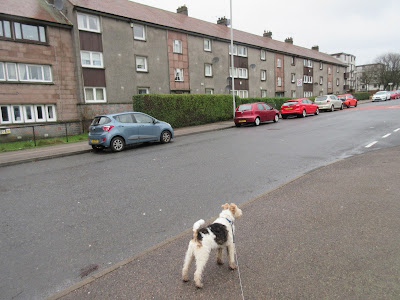 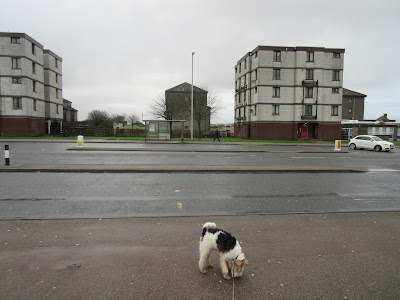 We hastened untempted past 'The Abbot', one of those dismal drinking holes which lend weight to the notion that pubs are one thing the English do better than the Scots. 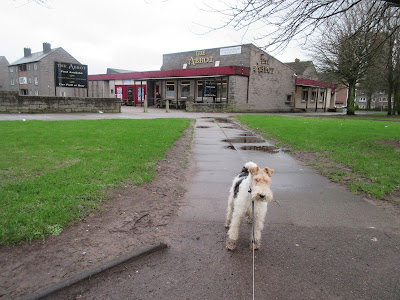 On a fine day, the panorama from the top of the hill ranges from North Sea to the east, across the city, up Deeside and away to the Grampian mountains in the west.

Sunday was not an especially fine day, exposing the limitations of Gail's cheap camera. 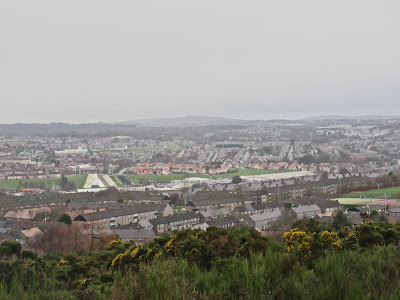 But the walk was not without interest.

Look what I spotted on the way down. 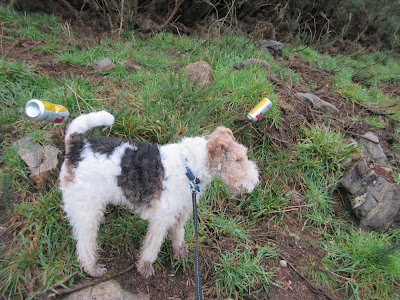 Yes, that's right, it seem we have a new species blossoming in Kincorth. Native and unique to Scotland, I believe. 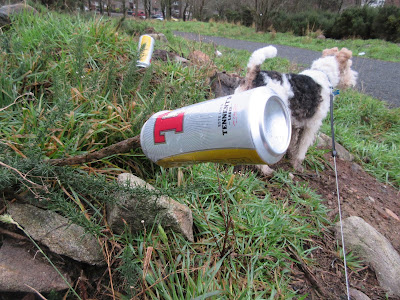 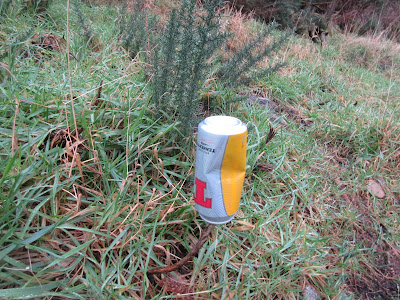 And not just a single shrub. We saw several examples of this exotic early flowering addition to the biodivesity of Aberdeen South…. 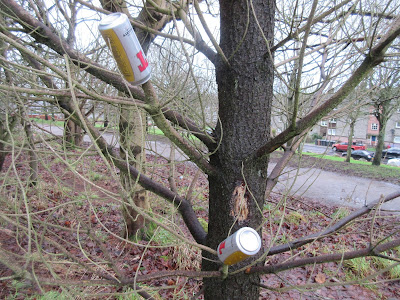 Hmmm. Maybe I'll get to go to the proper countryside next weekend?
Posted by Bouncing Bertie at 06:05