You may remember that after I was wounded back in September, Gail and I spotted an opportunity for an interesting scientific experiment.

You see, prior to being stitched back together, my shoulder was shaved leaving a 4"x 4" bald patch, part of which encroached on my much admired black 'saddle'. 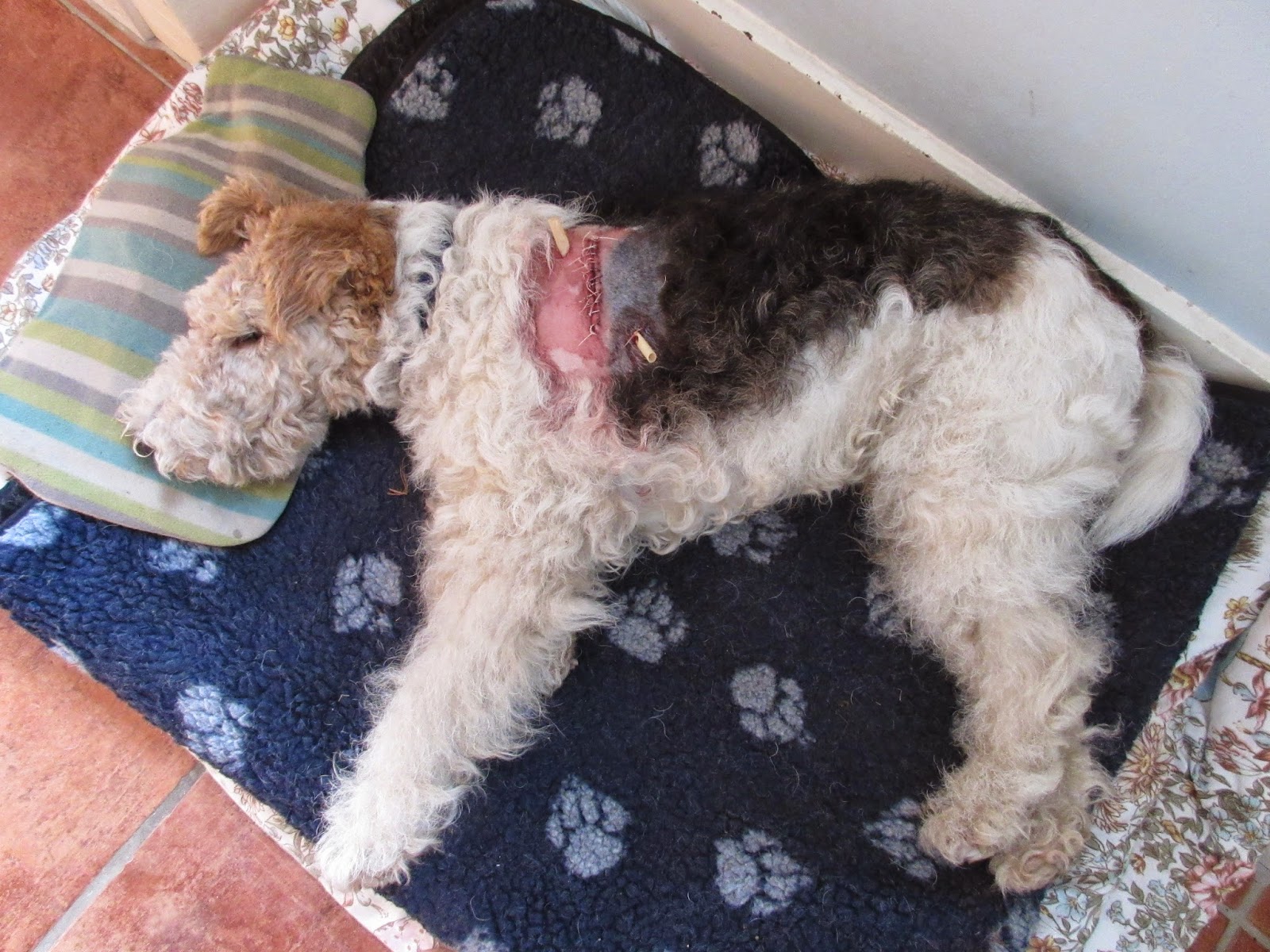 When us wire-haired fox terriers are puppies, our dark patches are as black as coal. It is commonly held that this distinctive colour contrast can only be maintained through hand-stripping of the coat. Any use of clippers or scissors will, so the theory goes, result in the black fading to grey. Which of course is fine too.

But is the theory correct?

Well until September, I sported a 'virgin' black saddle, untouched by any form of sharp cutting implement. So what would happen to the colour of the shaved patch, as the months passed?

The data from the experiment are shown below:

Well, you will have noticed that the furs grew back just the same shade as the rest of the never-shaven saddle area.

Now here I must explain that Gail and I had a little disagreement about reporting these results.

She suggested that, since we had not proved the 'fading to grey' hypothesis, it was maybe not worth writing up the experiment.

Imagine that. I think she was forgetting what science is all about. Real science is not about proving one's pet theory, it is a search for the evidence-based truth!

I was not about to compromise my scientific integrity by suppressing important if inconvenient data. We rightly criticise drug companies for doing just that. Blogville deserves better from its best Bouncing Boffin!

What now? Gail is suggesting I dismount from my high horse and stop being so melodramatic. As if!

To be strictly honest, I will concede that the statistical significance of the experimental result is questionable, given the n=1 sample size.

Notwithstanding this minor issue, please tell me you found the results of my experiment both useful and interesting.