Remarkable events past and present

I know you've been all agog to hear about my stay with Human Granny.

Did you know that HGY was evacuated to Canada during World War Two? What an adventure that must have been. She was only nine years old when she left, and didn't see her parents for the next four years. But unlike many evacuees, she was treated with kindness and generosity by her adoptive family and has happy memories of her remarkable experience. She does admit she was a bit frightened of 'Aunt' Florence's bulldog at first, although I can't imagine why anyone would be nervous of a creature so closely resembling my darling, beautiful Addi….

I am telling you this 'cos I am learning that Human Granny is still stoical and resilient, and she still enjoys getting out and about despite her arthritis and deafness, both quite severe now. Gail says it is 'real' deafness, and not the selective variety that I suffer from, although I don't quite know what this is supposed to mean.

Well anyway, last weekend, Gail and I took HGY on a trip to see Gail's brother and his family in their lovely farmhouse home on the edge of the Peak District. 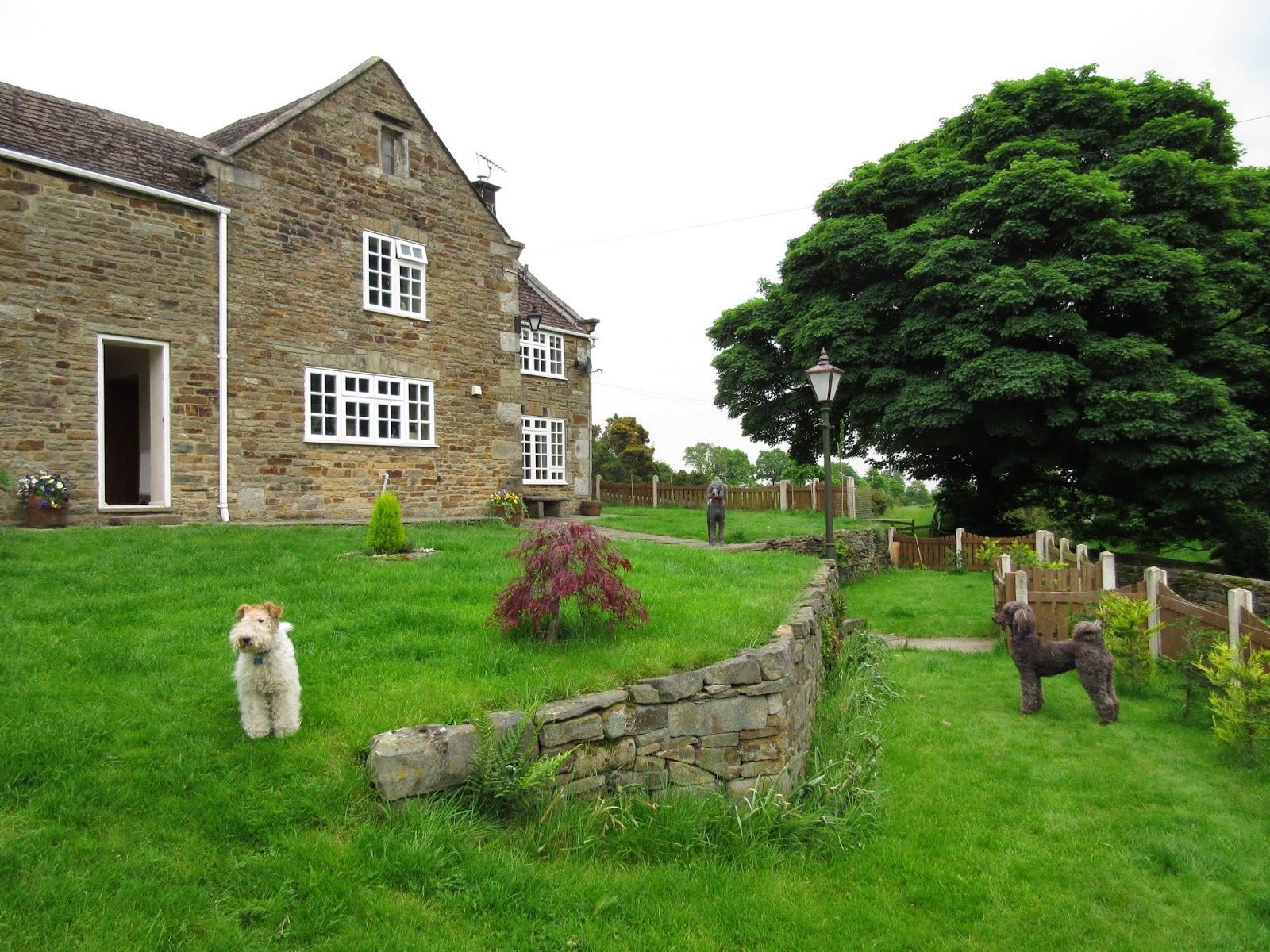 You will remember my poodle cousins Percy and Coco. 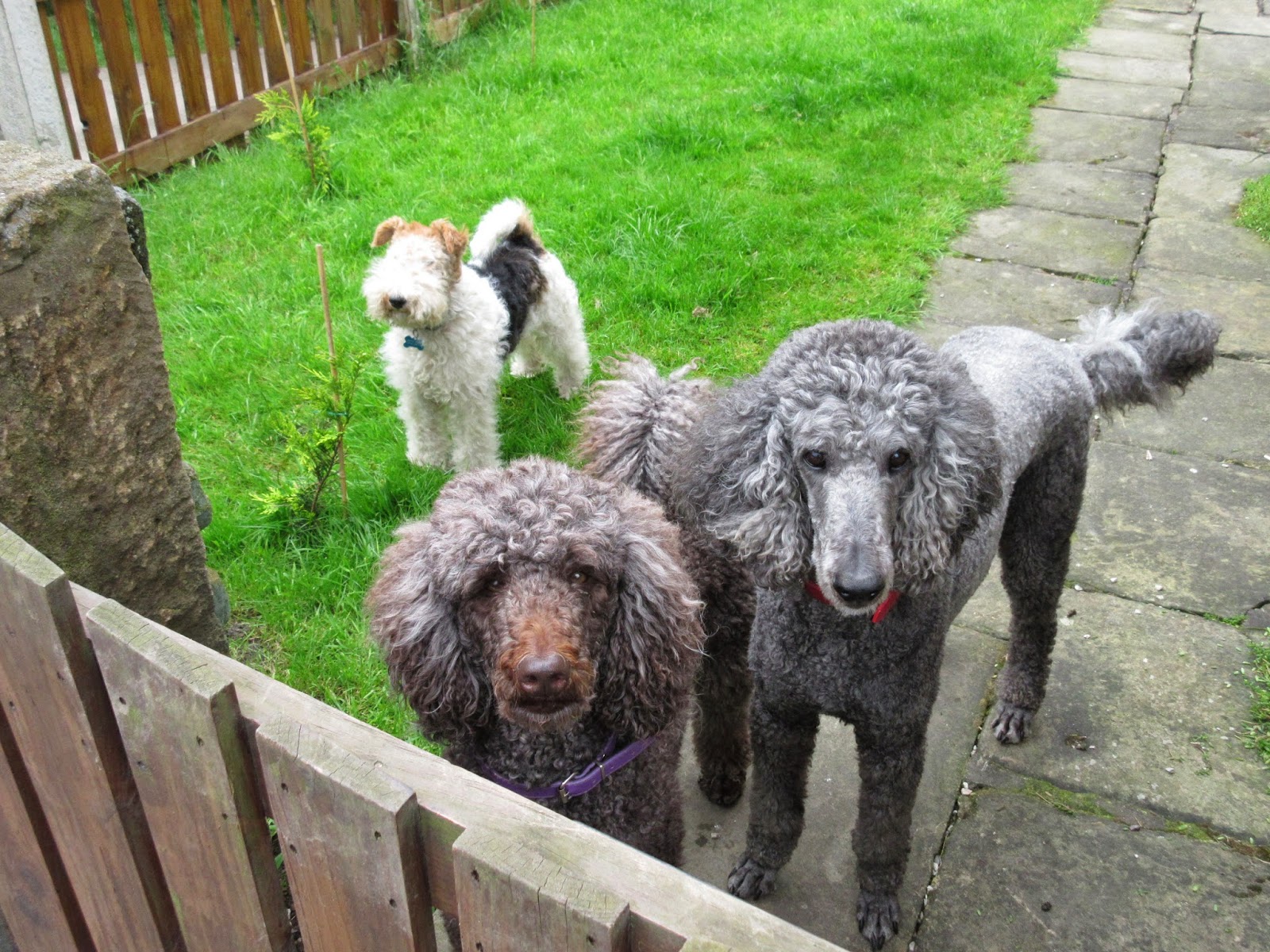 They haven't got any smaller. Or less bossy.

I was banned from paying a visit to an even larger resident whose name is Susie. 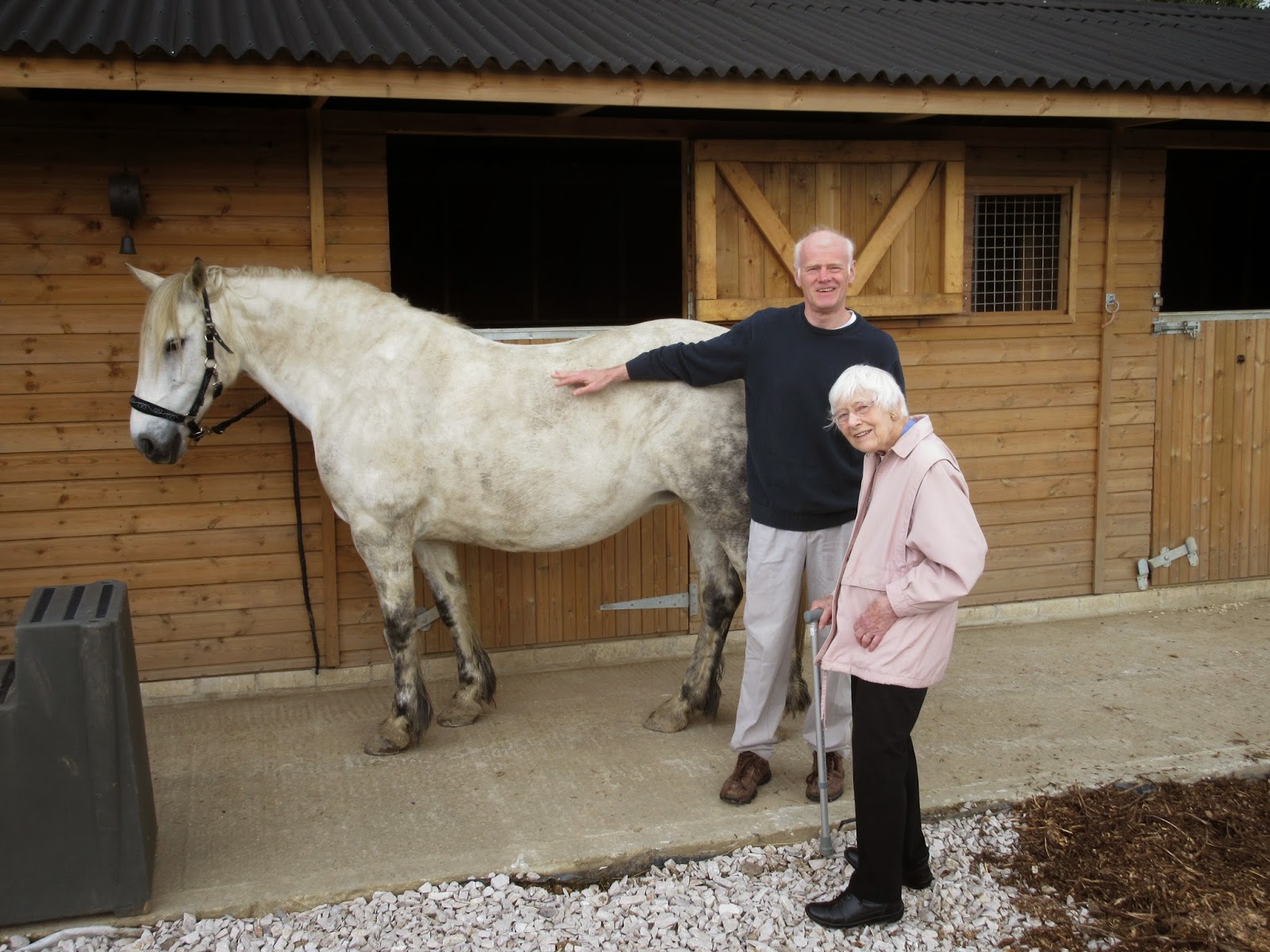 Anyway, we had a super day out. So I was bouncing with excitement when I learned that there was to be another excursion to Cambridge three days later.

Just my sort of place, I hear you thinking. All those intellectual types, world famous scientists etc. Perhaps we might bump into Professor Stephen Hawking? I was so looking forward to a serious discussion about the latest findings on gravity waves.

It was not to be.

Turns out Gail was taking HGY to a funeral, off limits to pups, so I was left at home, alone with my dog-eared copy of 'A Brief History of Time'.

Too soon, it was time to return to Aberdeen.

As I think I've explained before, the train journey from HGY's house to Aberdeen is complicated. At Newark-on-Trent we have to walk a mile between stations.

A most remarkable event occurred as we passed though the market square in Newark. We encountered a photographer who ignored ME and was only interested in taking pictures of the bloke under the purple and yellow umbrella. Yes really! 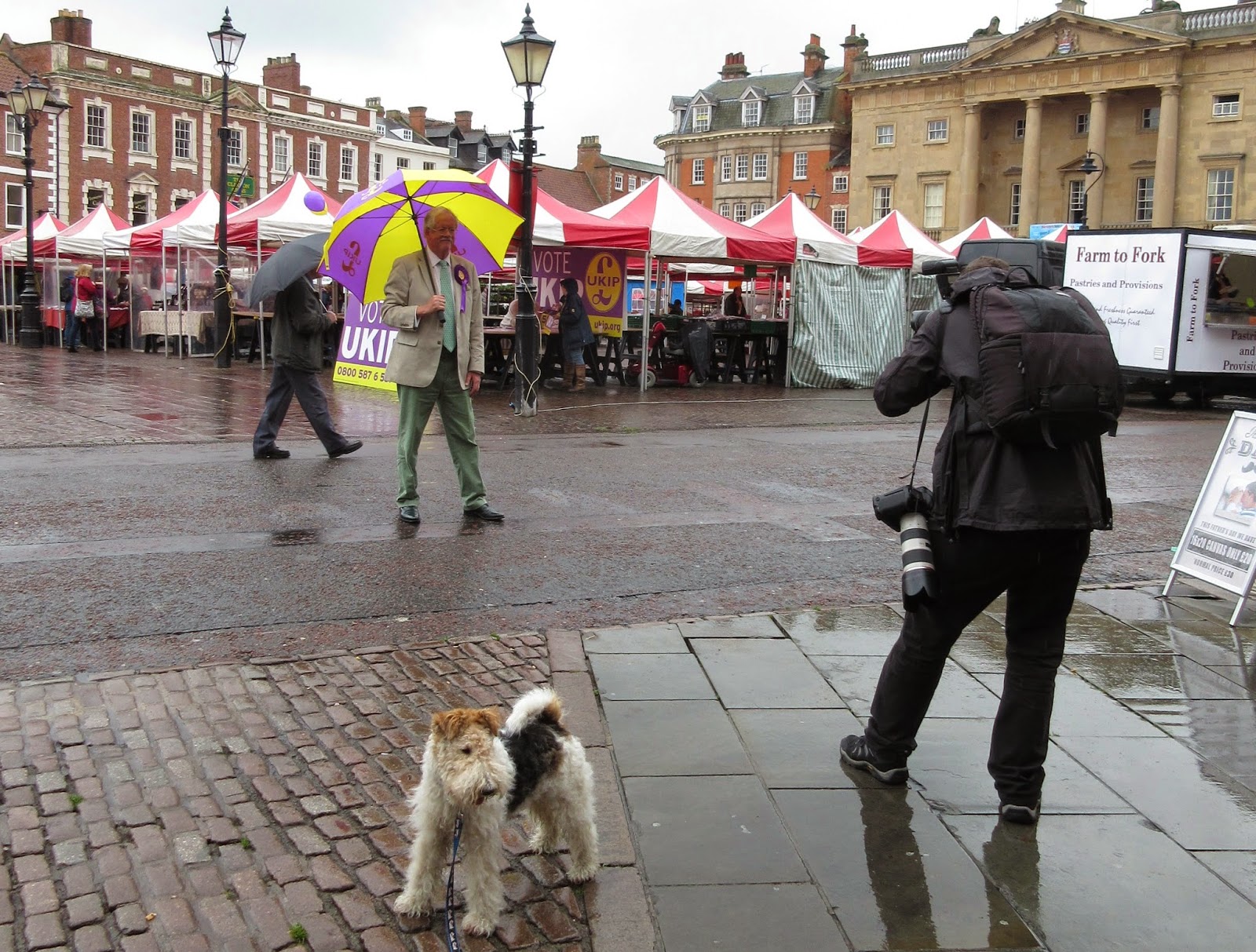 All over Newark there were swarms of humans festooned in these 'UKIP' badges and in fact none of them seemed to appreciate my good looks.

Gail thinks my mixed black, brown and white colouring might not be to their tastes…

Well of course we also stopped again in Edinburgh. Here I was forced to spend ages standing around in the rain, just so Gail could take this photograph, which she insists records a noteworthy event. Can you see anything remarkable about it? 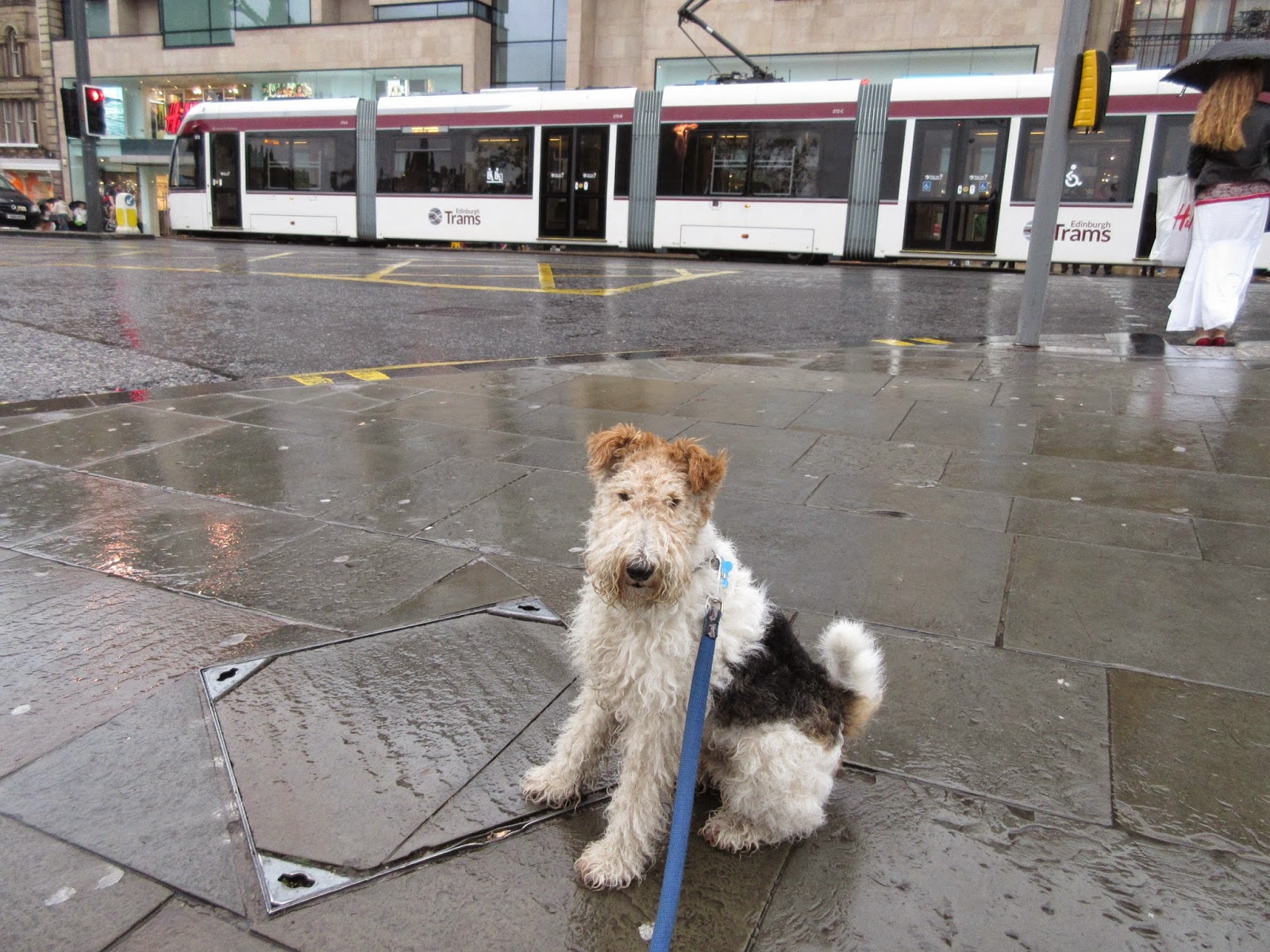 Me neither. Perhaps someone will enlighten me?