Of Sheep and Men: a wee bit of history 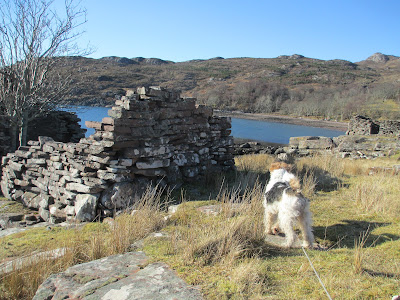 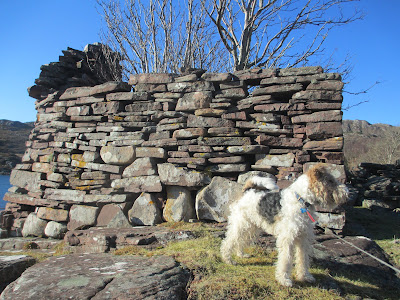 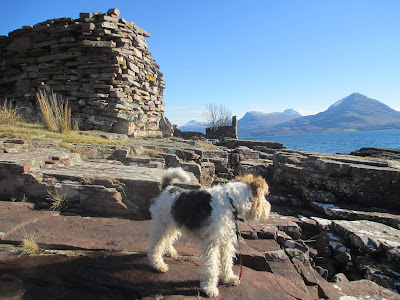 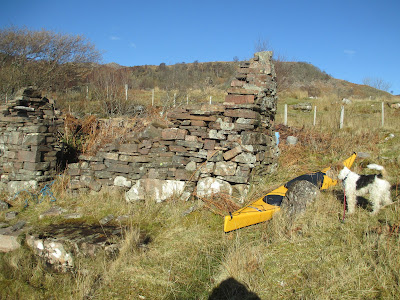 Sheep have got a lot to answer for, in my opinion.

You might have noticed in the pictures above that, most unusually, I am wearing the dreaded lead, despite being nowhere near a road.

So it had all started just fine. Gail decided she wanted to take a photo of me "posing nicely please" in front of one of the many ruined houses along the shoreline close by our Loch Torridon cottage.

But "posing nicely please" when one's nose catches the scent of live sheep is never going to be an option, is it pups?

You know I only ran off after those sheep for a bit of fun. And it's not like I didn't let Gail catch up after a minute or two.

That Gail could be so shouty came as a surprise to me. Her mother was similarly surprised when, on her honeymoon in Dublin nearly six decades ago, HGD took her to a rugby international at Lansdowne Road. She says until that day she thought she'd married a quiet man.

I expect you're wondering about the ruined buildings, and where sheep come into the story.

Well back in the olden days, a couple of centuries ago, far more people lived in the Torridon area than do now. It was never an easy life for the inhabitants of this barren, wet, and inaccessible corner of the British Isles, but in the 1840s their situation became much, much tougher. This was the era when many big landowners in the north and west of Scotland decided it would be more profitable to use the land to graze sheep than to let it to the resident crofters. Around Loch Torridon, the local population were forced on to a narrow strip of land by the shore where they built these meagre dwellings, had barely a patch to grow potatoes, and struggled to survive. Life literally on the edge was not sustainable and most were compelled by poverty and hardship to leave for the cities or indeed to emigrate to North America or Australia, and these ruins are all that is left of a sorry chapter in the history of the area. At least in Torridon there is no record of the notorious forced clearances, people being attacked and burned out of their own homes, as happened elsewhere in the Highlands.

But on reflection, surely I should have been praised for chasing those sheep after all? 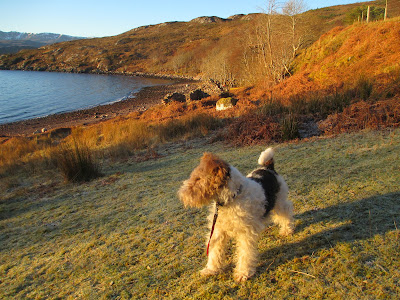 PS A fascinating little book called 'Old Torridon: Notes on the History of Torridon' and written by our neighbour Murdoch MacDonald, tells you much more about life in times past in this area of Scotland.
Posted by WFT Nobby at 06:00