There is a willow grows aslant a brook 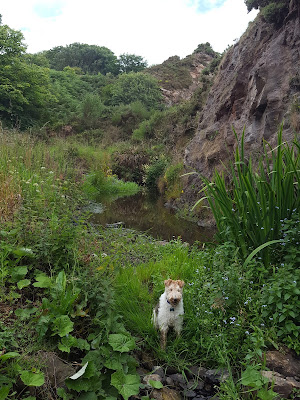 Sometimes I have to question the thinking behind my human's urge to explore new places.
I mean, would you really want to visit the place where Ophelia drowned? Or to be strictly accurate, the location where the drowning scene in Franco Zeffirelli's film of 'Hamlet' (that's the Mel Gibson one) was shot?
Well here we are, in a steep gully beneath some cliffs, near the coastal village of Muchalls, about ten miles south of Aberdeen. 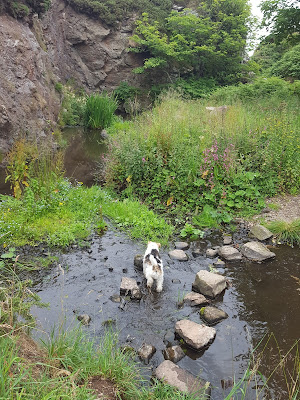 This is 'Ophelia's Pool', a local, well-hidden beauty spot. 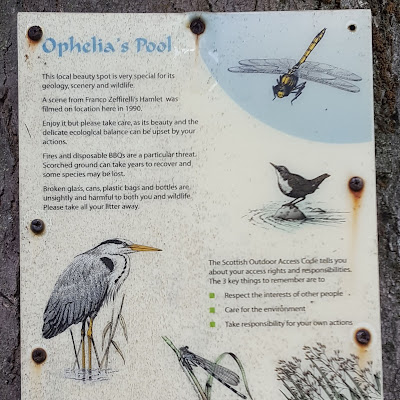 So how did Shakespeare have Gertrude describe the scene?
There is a willow grows aslant a brook, That shows his hoar leaves in the glassy stream. There with fantastic garlands did she come Of crowflowers, nettles, daisies, and long purples, That liberal shepherds give a grosser name, But our cold maids do dead men's fingers call them. There on the pendant boughs her coronet weeds Clamb'ring to hang, an envious sliver broke, When down her weedy trophies and herself Fell in the weeping brook. Her clothes spread wide And, mermaid-like, awhile they bore her up; Which time she chaunted snatches of old tunes, As one incapable of her own distress, Or like a creature native and indued Unto that element; but long it could not be Till that her garments, heavy with their drink, Pull'd the poor wretch from her melodious lay To muddy death.
Well I have to say I had no plans to fall in the 'weeping brook' and risk dying a 'muddy death', no matter how good a photo opportunity it might have made. 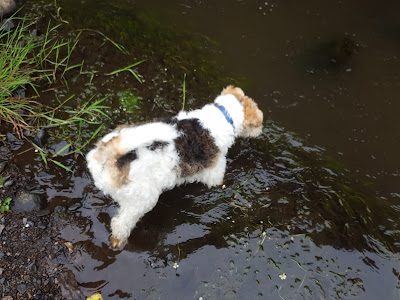 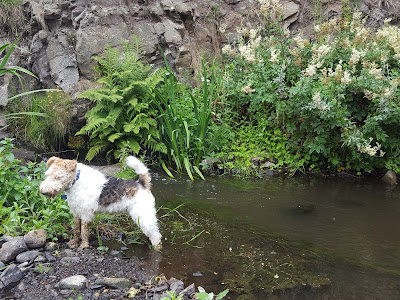 I took care to steer well clear of those weeds and keep my paws firmly planted. 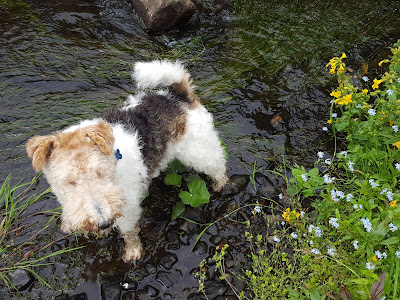 I'll concede that 'Ophelia's Pool' is a pretty spot... 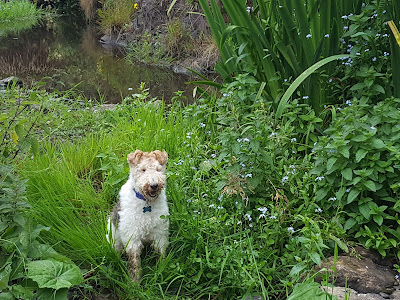 ...but if you want the full picture of garlands of cornflowers, coronets of weeds, and aesthetically pleasing drowning, I refer you to the painting by John Everett Millais, as found a long way from here, in the Tate Gallery, London. 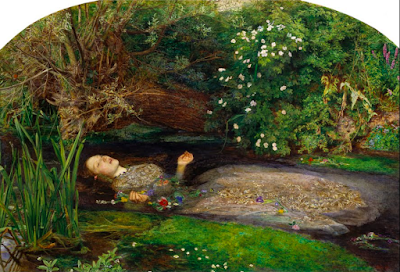 Happy Nature Friday friends! And once again thank you to the ever wonderful LLB Gang for hosting this blog hop.
Posted by WFT Nobby at 06:00