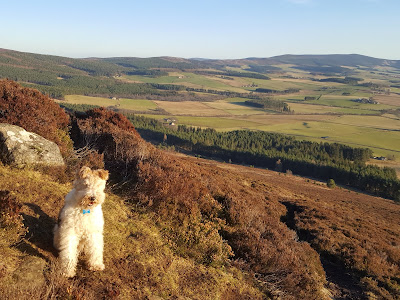 Fellow pups, have you ever been out for a walk and spotted a group who look like they might be more fun that your own human(s)?

It happened to me on Monday.

Making the most of the uncommonly fine winter weather, Gail took me for a hike up Morven, which as you know is our favourite Aberdeenshire hill.

We thought we had the place to ourselves, but as we were approaching the summit plateau, a bunch of young hill runners, accompanied by a sprightly Labrador, sped past, and I decided to join them. 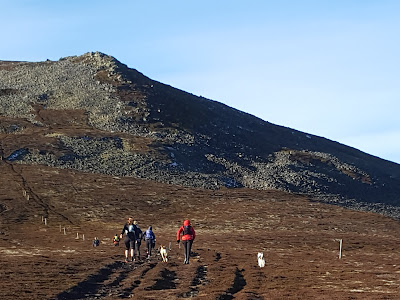 Now Gail claims to be tolerably fit for her age, so I presumed she'd be able to keep up with my youthful new friends. OK, so yes I did hear her frantically calling "wait Bertie, WAIT!" but, well, I guess I'm not the first middle aged male to forget himself in the excitement of chasing after younger companionship...

Did I mention that a gale force westerly was blowing in our faces? ('Fine weather' is always a relative term in Scotland.) So anyway I pretended not to hear Gail and continued up the hill with my new pals. 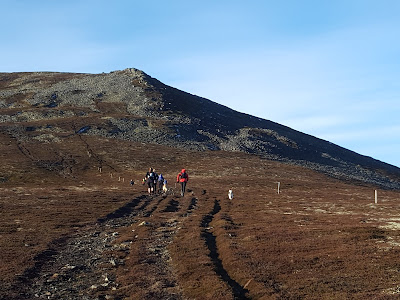 I could of course have kept up with the runners all the way, but in the end I took pity on poor old Gail, puffing and panting with exertion as the gap between us widened, and I waited for her to catch up. 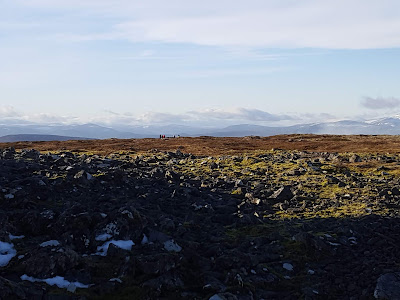 By the time we reached the summit, my new friends were disappearing over the far side of the hill while I, as usual, obliged with my best windswept poses. (You'll notice that for some reason my walking string is attached at this point...) 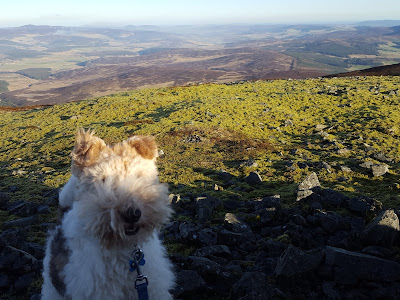 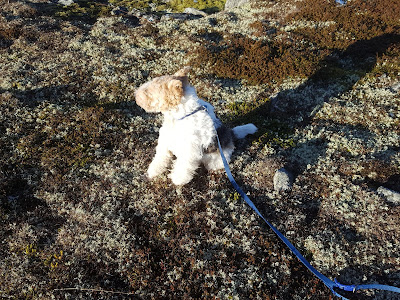 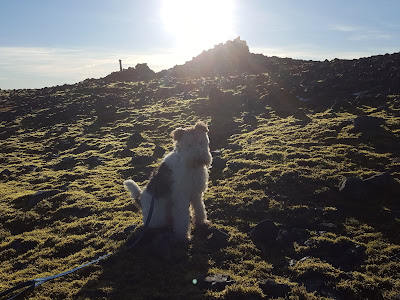 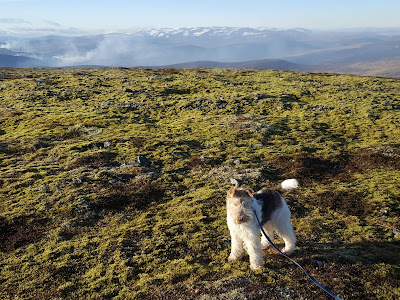