A happy band of brothers (and sisters)


A chance encounter a few days ago with 'Dougie' and his owner led to Gail and I being invited along to the first monthly walk of 2020 for a local group of wire-haired fox terriers and their humans.

We met at the car park at Cruden Bay and ventured along the cliffs to Slains Castle and before heading for a romp on the fine sandy beach.

If you look at the photos and deduce that it was a windy day, you would be correct. 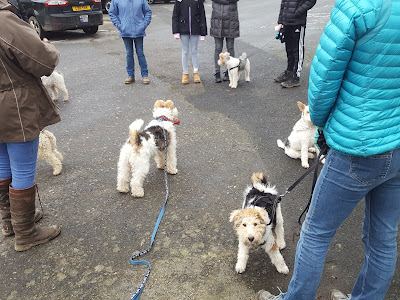 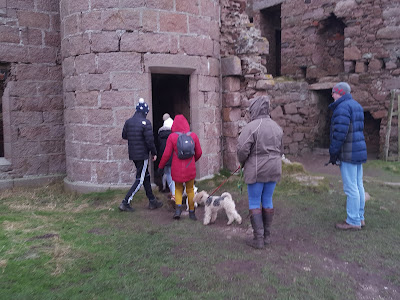 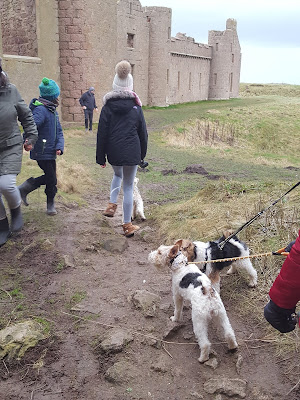 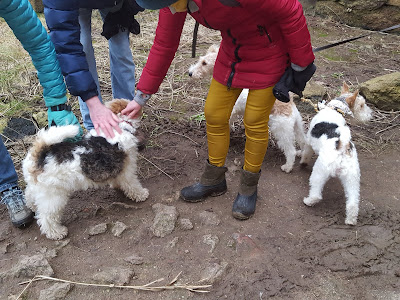 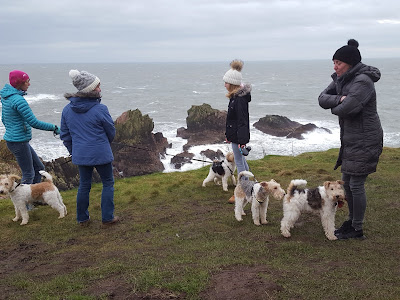 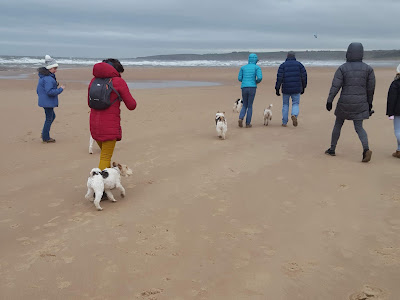 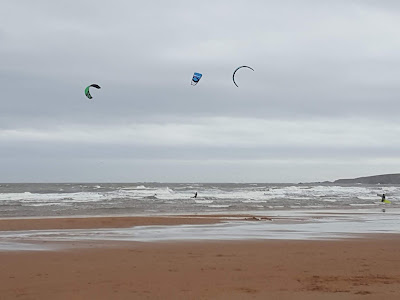 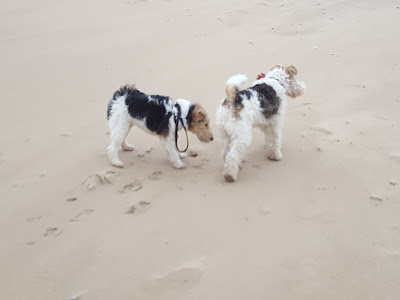 I know you will all be wanting to know how I behaved, and how I compared to my five fellow foxies.

Gail says I was the tallest and perhaps the quietest, as well as the oldest and slowest. My furs were a bit shaggier than most of the others. Although I am not the playful type, I tolerated the insistent approaches of eight month old little Pickles with, Gail says, admirable patience. I did not embarrass Gail by ignoring her calls to "COME BERTIE!!!!' or attempting to get too close and personal with any of the WFT girls (or boys). I only released the smallest drop of pee on one of the kite boards lying unattended on the beach, and all but ignored a newly dead seal nearby.

As for Gail's behaviour, well she tried hard to be sociable despite suffering from a blocked nose, streaming eyes, sore throat and slight fever. Remembering everyone's names is for her a work in progress, although she's better with the dogs than the humans.

It was a nice, friendly group and I'm pleased to report that we have been invited back to attend the February meeting.