At first I thought Gail just wanted to see the wind turbines close up, on the old WW2 aerodrome at Boyndie, on Sunday afternoon after we'd taken leave of our friends in nearby Macduff. 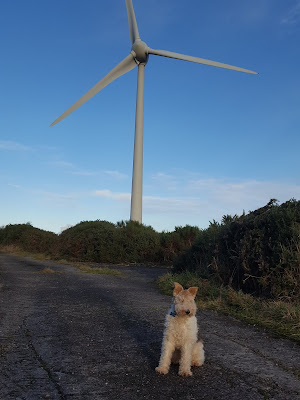 But then she led me down an overgrown track, following signs which took us to a derelict building. 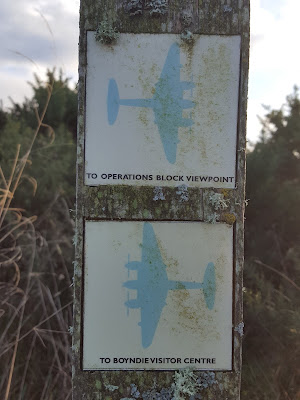 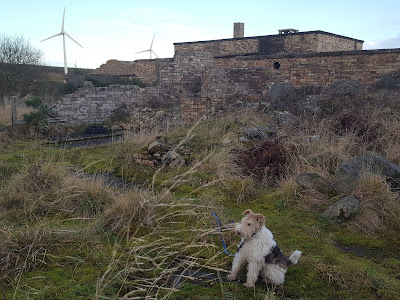 It was only when we entered the building (me with some trepidation) that Gail explained. 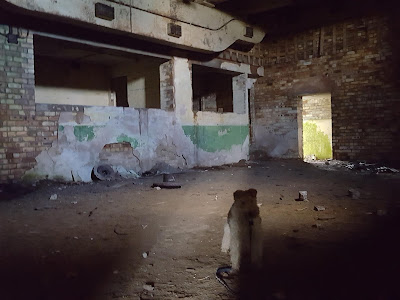 "See Bertie, this is the old operations block, from where the RAF pilots of the Banff Strike Wing set out on their missions to attack German shipping in the fjords of Norway, during the closing stages of the war."

And Gail reminded me that her late father, my Human Grandad, had been one of those pilots, flying his balsa and plywood Mosquito across the North Sea and into the range of the German ships' anti-aircraft weaponry all those years ago.

We both paused for a moment, and quietly pondered what might have been going through mind of a young airman as he checked out from the operation block, walked across the runway and climbed into the cockpit. 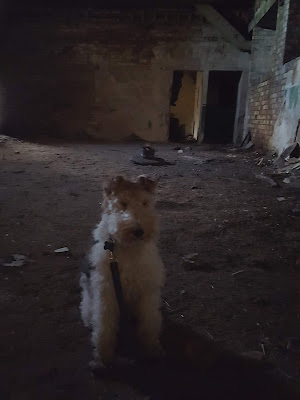 It's not something HGD ever really talked about, but if you click and enlarge the picture below you can read more about the Banff Strike Wing operations. 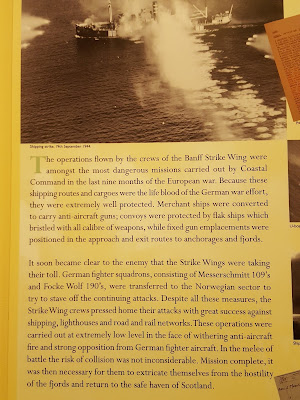