On and off piste in Glen Tanar 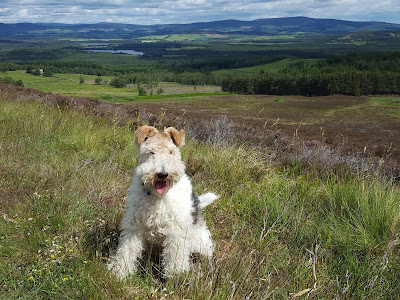 Shall I let you into a wee secret?

It seems that when Gail was looking for a small to medium sized terrier to replace her beloved Hamish the Westie, one key criterion was that the new dog should have legs long enough to enable him to yomp over our heather-clad Scottish hills without difficulty. Apparently on a couple of occasions Gail tried taking Hamish across the upland moors on paths less trodden and ended up carrying all 22 lb of wriggling white fluffiness for much longer than she would have wished.

Little did she know that the bouncy wee puppy she selected to follow Hamish would grow into a strapping fox terrier, tall enough to exceed the official breed standard height to a degree that would disqualify him from Crufts.

In truth we rarely venture off piste on our walks, but yesterday Gail decided on a cross country route which she claimed would be just fine, given all our recent dry weather, and would avoid a long walk through a boring stretch of pine plantation. 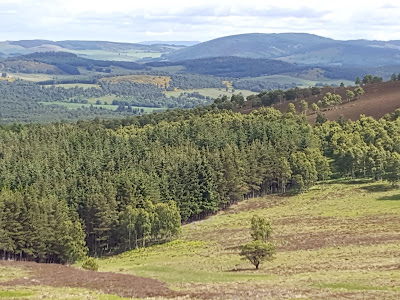 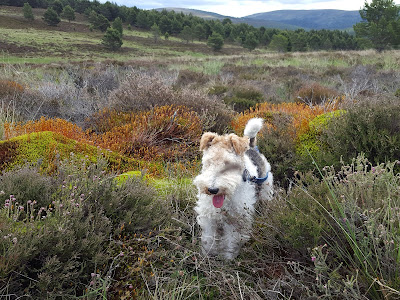 Have you any idea how hard work it is, traversing lumpy tussocks of moss and heather, in between which one's paws can sink suddenly and unpredictably into squelchy boggy gullies? 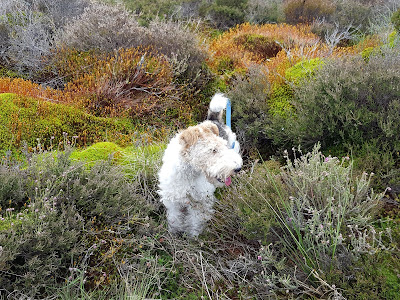 Not to mention that these places are tick heaven.

Frankly I was most relieved when we finally regained the 'boring' forest track. 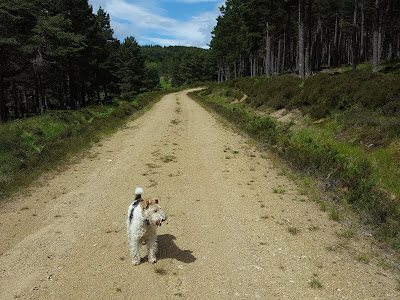 And happier still when we ended the walk on a nicely soft, smooth and paw-soothing grassy path. 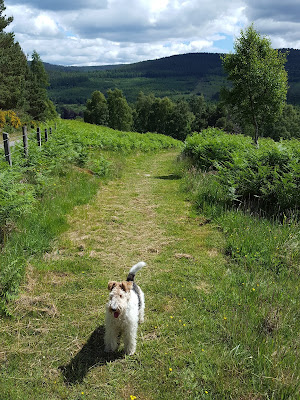 Irrespective of leg length, I am thinking Hamish had the right idea insisting at times on being carried.

Oh and please note that despite my height, I actually weigh a couple of pounds less than Hamish did.
Posted by WFT Nobby at 06:00