My tiny paw was frozen

[A conversation in Duthie Park this morning between Bertie and his schnauzer pal Frankie.]

Och, nae bad Bertie. Did I catch sight of you shivering in the park last night?

You most certainly did. I escorted Gail and her friend Kirsty down to the open air screening of La Bohème. Really, I would have preferred to be have been inside at Royal Opera House, wouldn't you? So much for heat waves! At least one did not have to suspend disbelief during all that singing about living in an icy Parisian garret. My tiny paws were frozen! But how come I didn't see you?

Well Bertie that's because my owner Maggie thoughtfully brought along a blanket and allowed me to snuggle under with her.

No such luck for me Frankie. Gail did remember her woolly hat, but even then we were both so cold we left before the end.

Hmm. I'm wondering what's Covent Garden's policy about letting dogs inside the Opera House? After all, they do lay great stress on not being elitist these days, don't they?

Interesting point Frankie. So how much does a train ticket to London cost....? 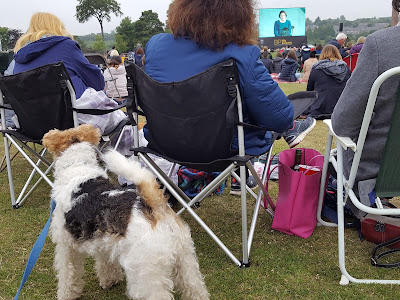 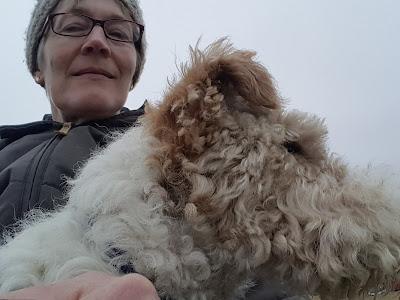 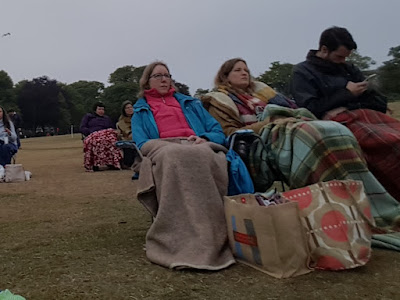 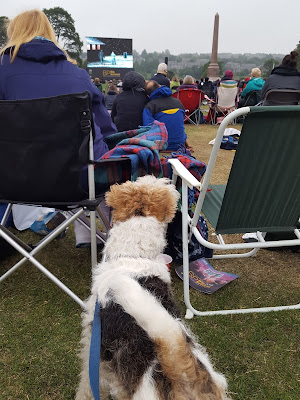