Flower Friday and a Bouncing Beach! 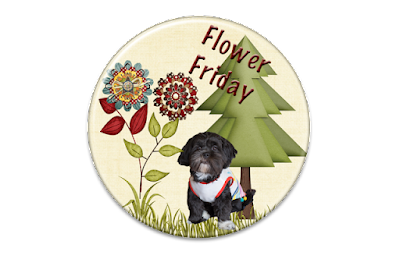 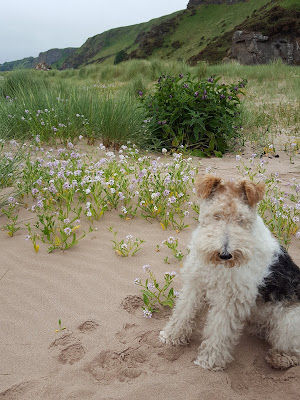 Gosh I had a bright idea this week.

Did you know that Gail has volunteered to do some wildflower monitoring work for a conservation organisation called Plantlife?

I confess I was a bit surprised 'cos Gail's flower identification skills are er, frankly, er, shall we say 'basic'?

Well apparently she is persuaded you can teach an old dog new tricks, as it were, and so, being a cooperative wee chap, I have decided to help her by posting every week on Flower Friday about a wildflower I have sniffed during that week.

I'm just going to do one flower at a time, so Gail's poor brain doesn't get overloaded.

Today I'm showing you the sea rocket, which I came across a few days ago, while roaming around beach at the St Cyrus National Nature Reserve, thirty miles down the coast from Aberdeen. 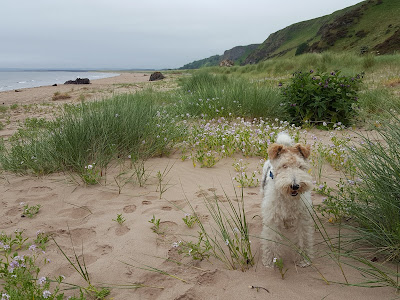 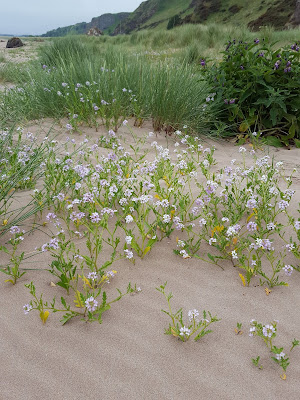 It must be quite a hardy wee thing, this sea rocket plant, 'cos believe me it's never warm right by the North Sea, even in June, and not every flower wants to be sprayed with salt all the time either.

Pretty though, don't you think? 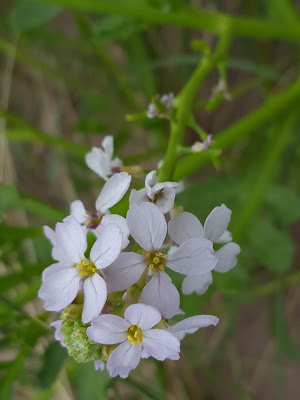 I'm told that the thick and fleshy leaves are edible and rich in vitamin C, although I must say I was not tempted. 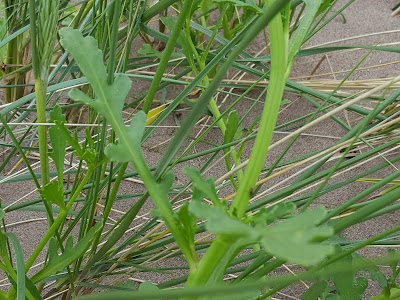 Oh and finally, I do want to tell you something else about the St Cyrus Nature Reserve, even though it has nothing to do with plants.

Apparently the area just back from the current shoreline is a raised beach. It used to be the actual beach, when the land was weighed down by ice in the last glaciation, but now the ice has melted, the land has rebounded to a higher level. A display in the Visitor Centre tells you all about it. 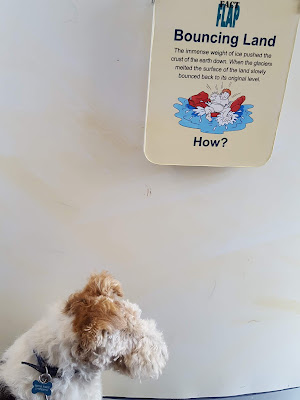 I do like the idea of a Bouncing Beach.