You may or may not be aware that we had yet another General Election here in the UK yesterday. 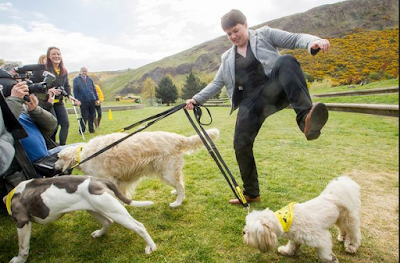 One big winner of the night was Ruth Davidson, known to the tabloid press as the "kick-boxing lesbian Leader of the Scottish Conservatives". The main theme of her election campaign was about keeping Scotland part of the UK and saying no to a second independence referendum.

There are now thirteen Conservative MPs from Scotland (before the election it was just one) and without them Theresa May would not be able to form a government.

Ms Davidson is often pictured with her spaniel Wilson. 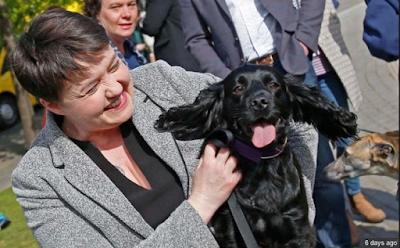 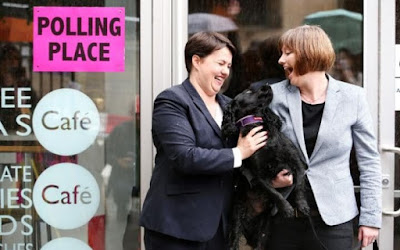 Who seems a cool sort of a guy. 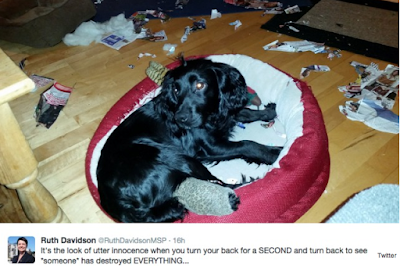 Gail is wondering if the shredded document above contained the Scottish National Party's plans for  #indyref2.

As for whither Brexit - don't even ask...

Posted by Bouncing Bertie at 12:19