Can a dog issue a fatwa? 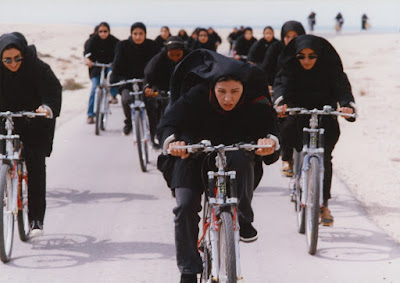 This all came about 'cos I overheard Gail say she was a wee bit embarrassed at having to give a presentation to some Iranian clients while her face was still all bruised and grazed from last Saturday's bicycle accident.

She mentioned she'd recently read an article in the paper about women being banned from cycling in Iran.

Gosh it seem to me these Mulllah types are onto something here.

Long time readers of this blog will be aware of all my trials and tribulations surrounding Gail's passion for two wheeled transport and exercise.

I had no idea that one could simply issue a decree stating that females are just not allowed to ride bikes. Problem solved!

Come to think of it, maybe we could extend the ban to human males too. Especially the sweaty mid-life crisis types that wear unwise lycra and often nearly run one over in the park of a morning. 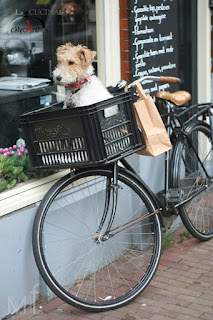 Of course I would make allowances for those folks riding bicycles with baskets, trailers or other adaptations to enable transport of one's pet.

Oh, it seems that you only get to issue these decrees if you are some kind of a high heid yin of the Muslim faith.

So where do I sign up for Ayatollah School?

PS Gail apologises to her Muslim friends for any offence caused by Bertie's sketchy theological understanding...
Posted by Bouncing Bertie at 06:01