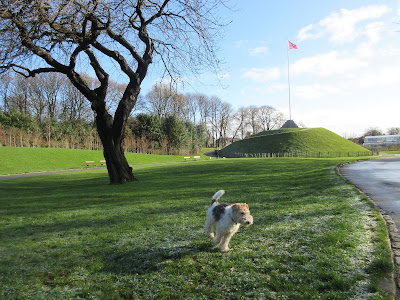 So after a solo romp around the park (no dawdling) I joined my Saturday morning pals and their humans. 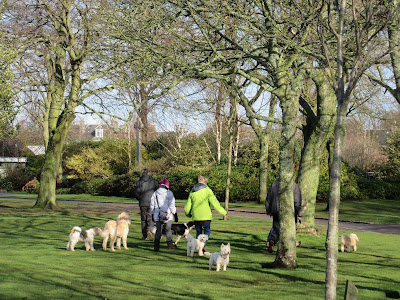 While engaging in routine greetings, I overheard snippets of the humans' conversation:

"Still working?"
"Job hanging by a thread"
"Mine too. Only eleven days billable so far this year"
"Rate cuts of 10% in the offing"
"10%, you're lucky, I'm down 40%"
"More redundancies coming up at BP"
"And yet Bob Dudley's still paid £14 million"
"North Sea's finished, our vessel's heading to Angola for six weeks; the wife'll be walking Tassie" 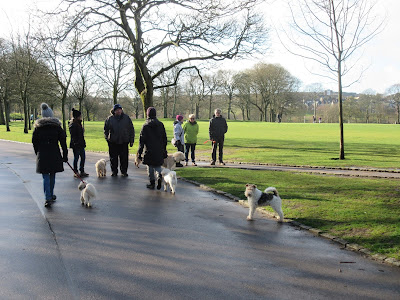 It was all getting too depressing. So when I spotted my wiry pal Murphy by the gate, I bounced over to say hello. 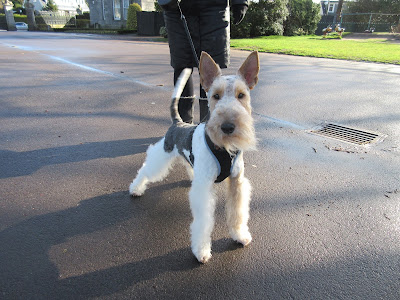 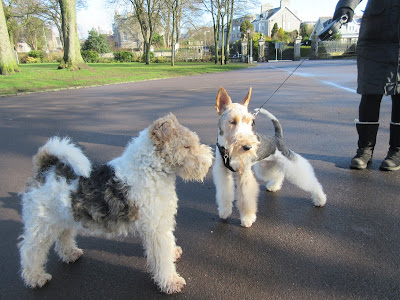 Boy, that's some haircut, I remarked. 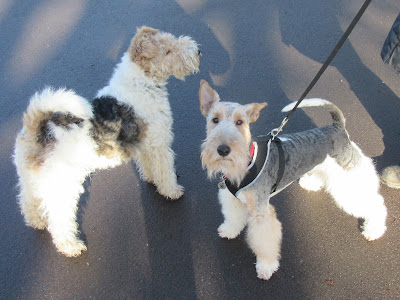 But then Murphy spotted a jogger and livened up considerably. 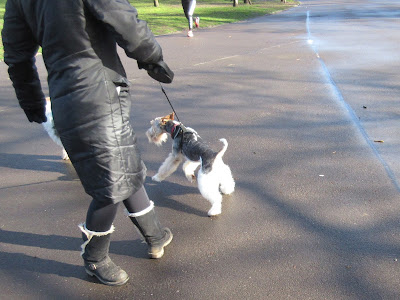 You can't keep a good WFT down for long…