The terrier who forgot how to dig..

Don't you think it odd, and a tad unfair, how humans will make sweeping generalisations about different dog breeds, while often strongly disapproving of anyone doing the same with their own species?

For example, I am a terrier. (Did you know?) Terriers supposedly like to dig, and in fact it is a skill I mastered at a very early age, as described in a post from my puppyhood (Work, rest and play, 4 May 2010).

But the truth is, I very soon tired of the whole digging thing, and anyway, who wants to be stereotyped like this?

I think Gail could be more sensitive about such issues. You know what she said in the park this morning when we stopped by one of the ponds to inspect some excavation work?

"Bertie, I don't know what kind of terrier you think you are. You seem to have completely forgotten one of the signature traits. Let's just watch how a real digger operates, and perhaps you might be inspired to act more true to type again". 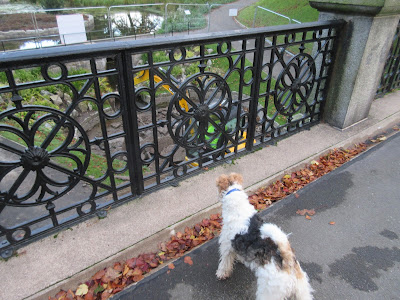 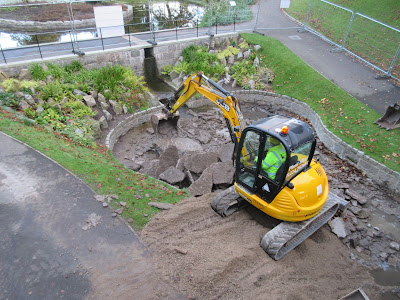 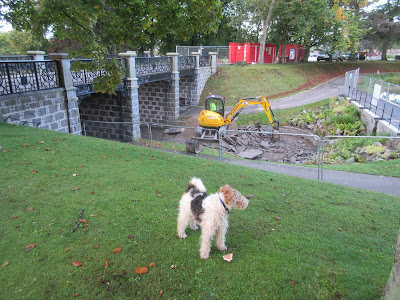 You know, I soon got bored and wandered across to sniff around the base of a tree. 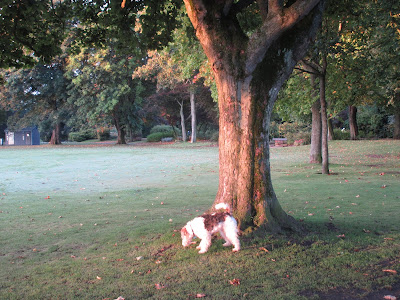 Now that is something I really am good at.

PS Some readers might be wondering why I have been quiet on the subject of the Rugby World Cup tournament, currently taking place South of the Border. Well I am a tactful wee laddie, and would hate anyone to think I was gloating if I mentioned that Scotland, however shakily, are through to the quarter finals and, er, England are not...