How to keep your human occupied....

I'm guessing that many of my readers, both canine and human, are suddenly having to adapt to changes to their lifestyle, and there is a danger that some humans might be finding themselves with time to fill.

As always, you can rely on your friend Bertie to come up with a useful suggestion to help you while away the empty hours!

Gail and I are back in Aberdeen now, but on Monday we were supposed to meeting one of her cousins down in England. When the cousin cancelled late the previous evening due to concerns about coronavirus, Gail was in danger of being under occupied for a few hours.

So in retrospect it was thoughtful and generous of me, in the early hours of Monday, to make sure Gail was not at a loss for something to do later that morning.

You know how it is when, for some unexplained reason your bladder goes into overdrive?  That's what happened to me at about 5 a.m. I gave Gail a little nudge (we were staying at Janet's house, where I am allowed on the bed, or at least have been so far....).  But my dear owner seemed to want to ignore me and pretend she was still asleep. Instead of making a big fuss and insisting on being let me out, I decided it would be better all round if I simply squatted down to relieve myself, copiously, on the nice absorbent quilt.

I can report that Gail roused herself all of a sudden when she realised what was going on...

So  thanks to me, Gail was then busy for the rest of the morning, washing the sheets, covers and 'mattress protector' and  taking the big quilt to the launderette - an experience which, by the way, not only filled a couple of otherwise empty hours but also enabled her to mentally time-travel back to her student days in a house without a washing machine. 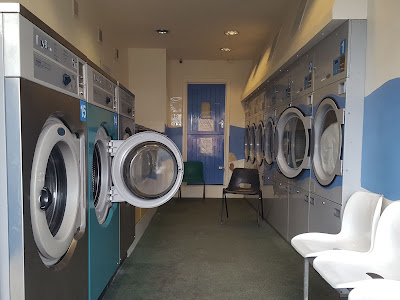 But can you believe, Gail has yet to show one tiny flicker of gratitude to me for my efforts on her behalf?

At least the whole day was not a 'washout'. We went across town to check up on Human Granny and Granddad's final resting place, visited an old family friend and then had a pleasant stroll along the nearby River Trent. 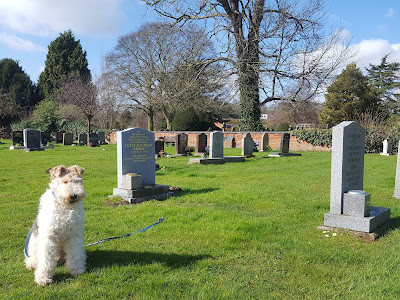 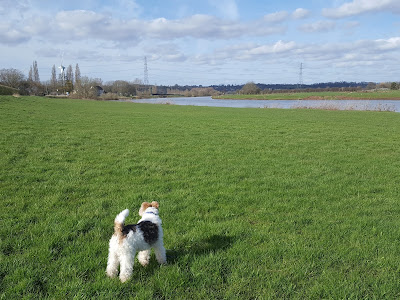 I think I am almost forgiven. Gail says we are fortunate indeed that Janet is such a kind and tolerant host.

And OK, I'll admit that peeing on a bed belonging to one of your best friends is perhaps not such a great idea after all...