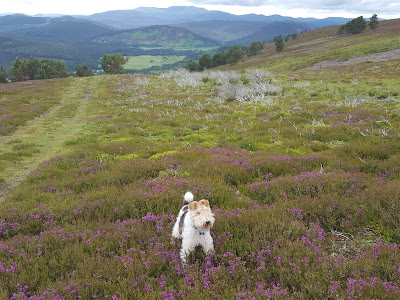 There are certain utterances you don't want hear when it is getting late in the afternoon and you have already walked more than eight miles across the hills of Upper Deeside, much of it on rough, stony, hard-on-the-paws Land Rover tracks. 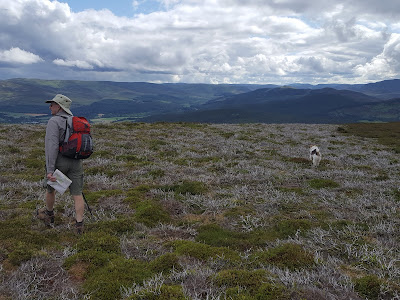 "Hmmm, according to the map there should be a footpath here."

"I really think we are heading in the wrong direction."

"This trail seems to be petering out, it must be just an animal track".

"Well my map is over thirty years old, maybe things have changed".

"If you look closely at the contours, I think we should be keeping that gully to the right."

"This is roughly where I saw an adder last time I was up around here".

"It's getting late, I hope we'll get to Ballater before the tea shops have closed". 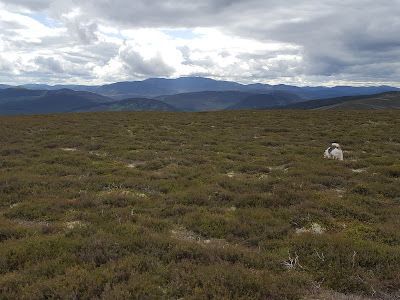 And you know what? I had tried to show Gail and her friend Henry (over on holiday from Australia) the correct route, but they called me back shouting "this way Bertie!" And twenty minutes later we were back at the same spot and they realised I'd been right all along. 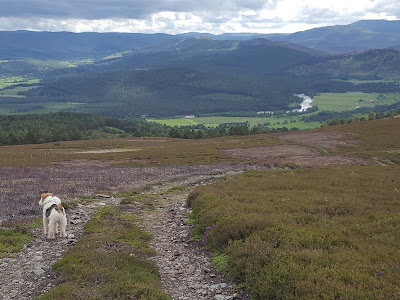 Eventually we made it down into the valley and reached the wee town of Ballater, where Gail and Henry were relieved to find Victoria's Cafe still open. 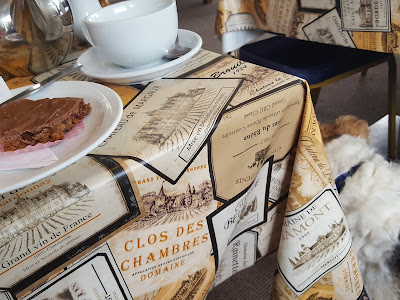 (Admit it! You just 'biggified' the photo above to get a closer look at the cake...)

And I would like to point out that, despite Gail telling Henry I might struggle with the final mile and a half back to the car after tea, it was she who was showing signs of aching paws, not me.

At Tullich, where the car was parked, Henry's 'smart' watch (which incidentally seems to tell you everything except the time) showed us that we had walked 19 km. It sounds so much more impressive than "nearly 12 miles". 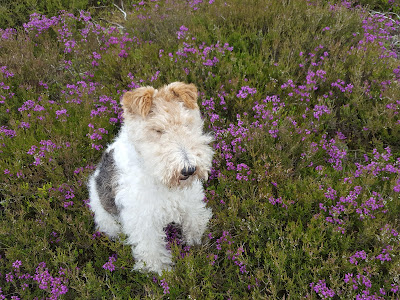