And not before time...

You know what? I am so used to Gail arriving home from holidays empty handed, I could not believe my deep-set little eyes when she placed this super toy on the front doorstep and said it was for me. 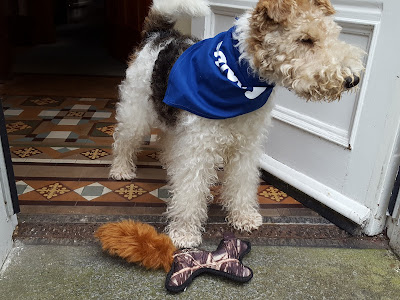 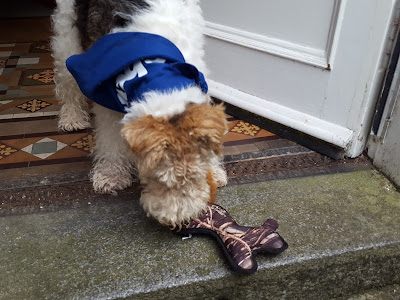 This was such uncharacteristic behaviour on her part, I began to wonder is she and her friend Marse had been filling up with something other than petrol (sorrry, 'gas') on their travels in the Pacific Northwest... 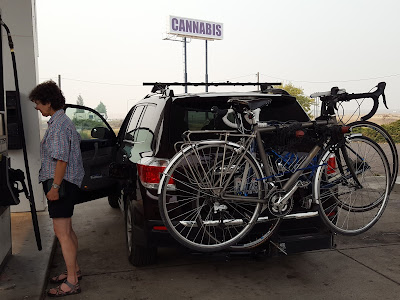 Of course it all became clear when I was told the gift was actually from fellow terriers Wyatt and Tegan, and delivered via our esteemed blogging friends, Murphy and Stanley, whom Gail met (along with Bob and Carol) a couple of Sundays ago at Point Defiance in Tacoma.

Thank you so much Wyatt and Tegan!

Gail tells me she and Marse had such a super hike together with the Doods and family,  and Carol even succeeded in educating Marse's pup Josh in the fine art of posing for blog photos. 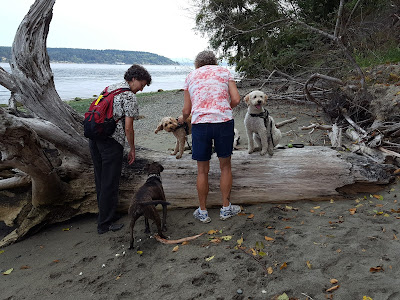 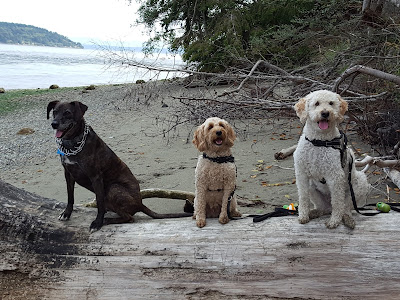 (You can see more photos of the meet-up on Murphy and Stanley's blog today.)

Now my friends, perhaps you can help resolve a wee argument I am having with Gail just now. You see she has come home with a ton of photos and a mistaken belief that she should be allowed to post some more of them on my blog later in the week. But surely this is most unfair as I was locked up in 'camp' for the duration, without access to a camera or phone?

We have negotiated a provisional agreement that at least every other holiday picture Gail posts on this blog should feature a dog or other animal, and that shots involving bicycles should be kept to a minimum. Themes to be covered covered will apparently include wildfires and smoke, Mount Rainier, Gail learning how to cook s'mores, and installation of a coyote roller...

Does this seem fair to you?

Posted by Bouncing Bertie at 16:46