A novel concept: the refreshing dip! 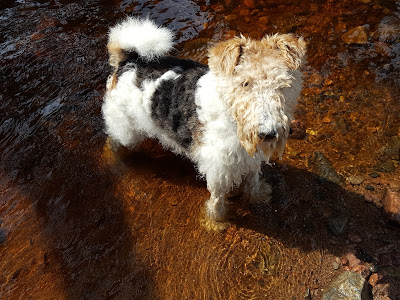 You know what? Last weekend I made a most surprising discovery.

It really can be quite refreshing you know, going for a quick dip in a Scottish river!

(Hitherto I had thought of such an activity more as an endurance test).

Let me explain the context.

Although not sunny,  it was warm and a tad muggy on Sunday afternoon here in Northern Scotland when Gail took me for a long walk around Glen Tanar. 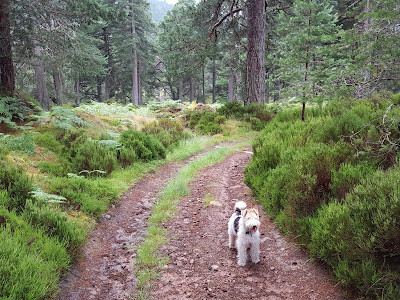 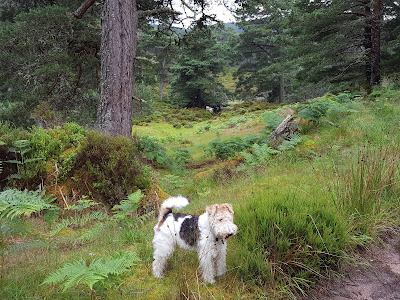 After six or seven miles I was feeling a wee bit weary and, you know what, the orangey brown river water (so coloured 'cos it contains dissolved organic matter from the upstream peat soils, nothing to do with pollution) began to look quite inviting. 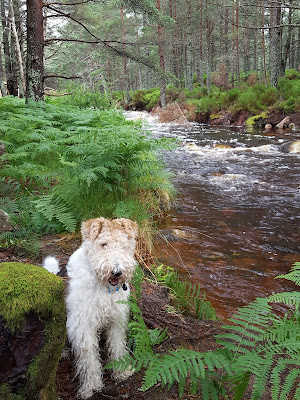 So I tentatively waded in, taking care to keep a firm footing. 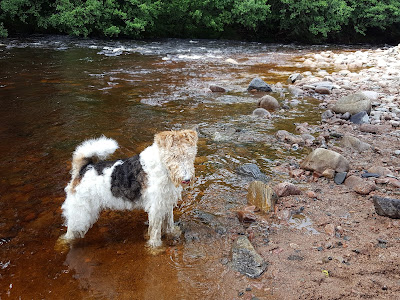 Look, wasn't I brave - the water is almost up to my belly. 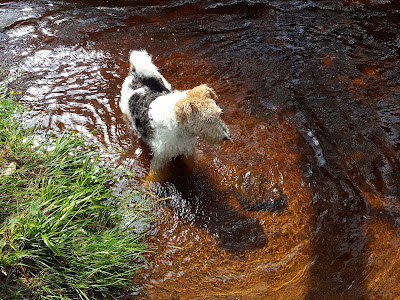 And I emerged feeling like a brand new dog, and came close to achieving escape velocity on the last two miles back to the car... 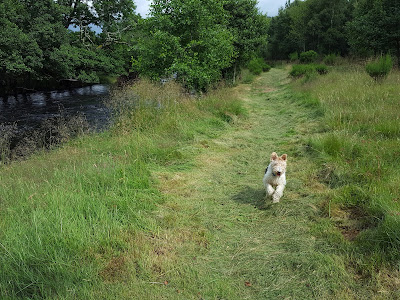