A gory traffic jam at Balmoral


So Gail and I took advantage of the continued fine weather and headed off to the Queen's Balmoral Estate to climb Lochnagar today. 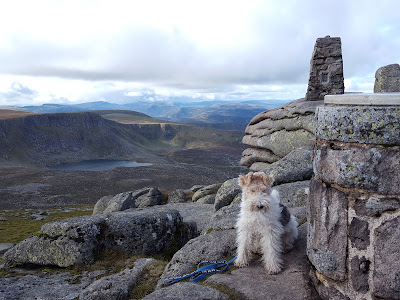 Near the summit we heard some stags roaring. 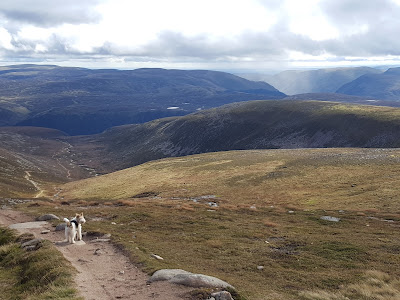 Then we heard a shot. Or was it two? 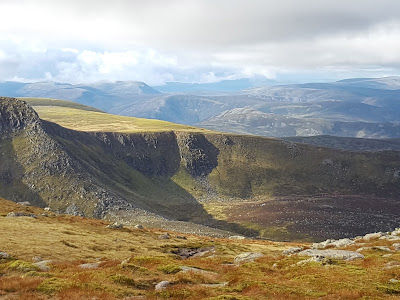 Later, as we descended we noticed fresh blood on the path. 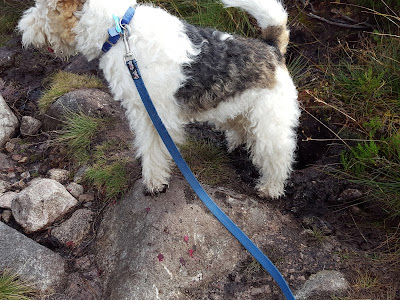 And then in front we spotted a well camouflaged party leading two ponies.

Readers of a sensitive disposition may wish to stop here. 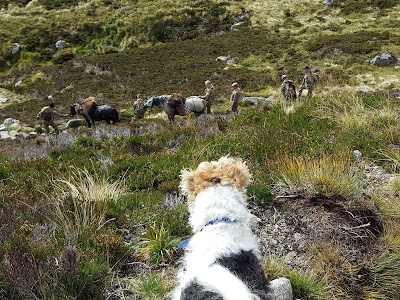 A member of the group came over to Gail and asked very politely if she could "hang back" as one of their ponies was apparently frightened of dogs. (Perhaps this pony had once had a run in with the Queen's corgis?)

So we stayed behind the deer stalking party even though they were descending the steep slope by the waterfalls very slowly indeed. The black pony seemed to be struggling with his burden. 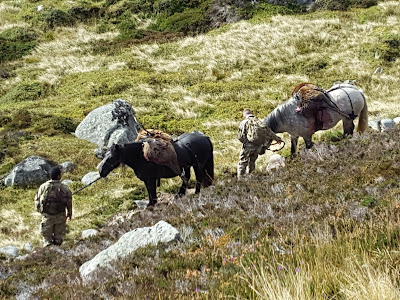 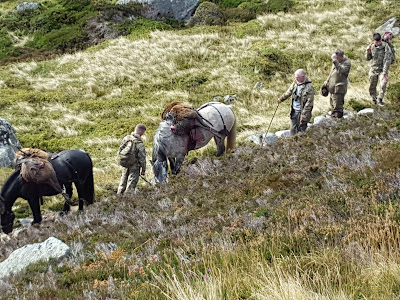 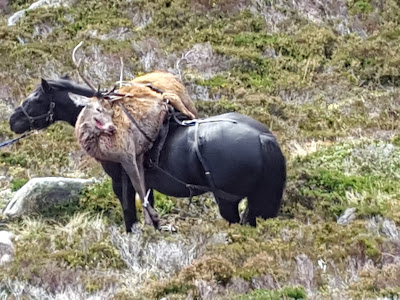 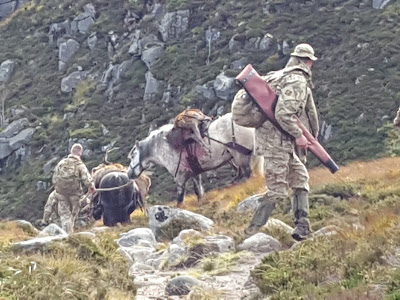 Eventually a young man, who was casually swinging a dripping stag's head (which had very recently belonged to the animal on the back of the 'grey' pony) in his right hand, told us we could pass, 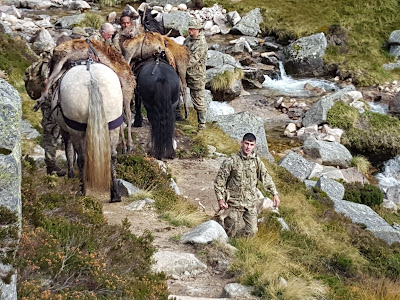 And we continued on down and back to the car without further bloody encounters. 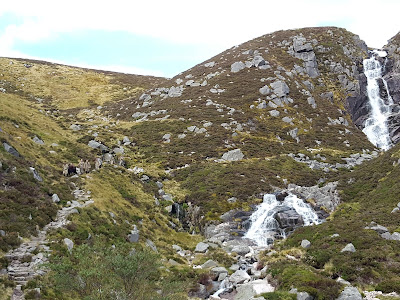 Posted by Bouncing Bertie at 19:47