In praise of Robert Fitzroy 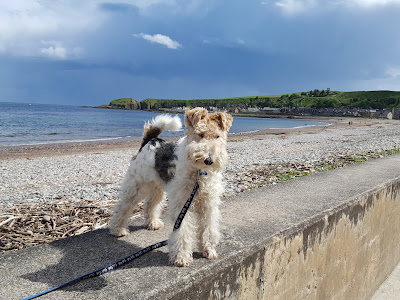 Do you recognise this fine fellow? And no, I am not talking about myself (for once). I refer to the picture below. 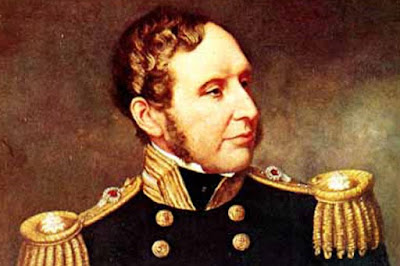 OK, so certain clever clogs will have read the title to this post and correctly deduced that it is the very estimable Vice-Admiral Robert Fitzroy, captain of the survey ship HMS Beagle (of Darwin fame) and early pioneer and advocate of the science of weather forecasting.

We take weather forecasts for granted these days, don't we? I was thinking about this when I visited the attractive seaside town of Stonehaven last Saturday.

It was sunny at the start of the walk, 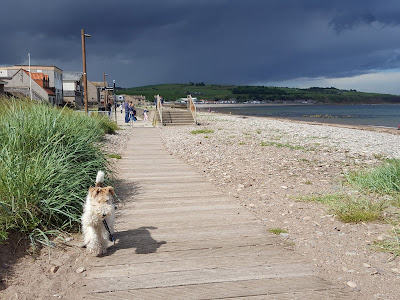 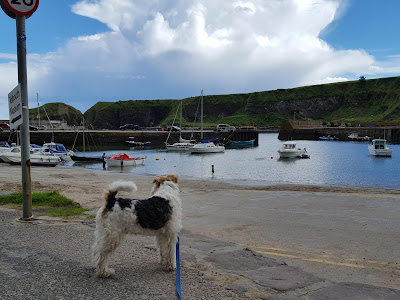 But then it started to rain quite hard, and Gail and I sought shelter. 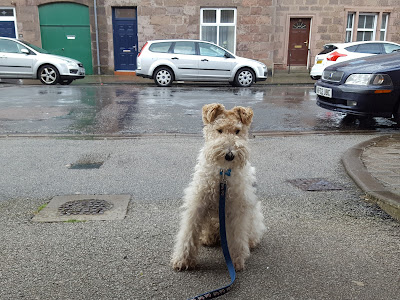 Nearby to where we sheltered, on the old clock tower just along from the harbour, you can see a barometer. It was originally installed in the 1850s, around the time when Fitzroy was putting all his efforts into organising the systematic collection of weather data from ports all over the UK. He used these data to make scientific predictions about forthcoming storms - a novel and controversial concept at the time.

You'll notice that on Saturday the barometer was correctly predicting 'change'. 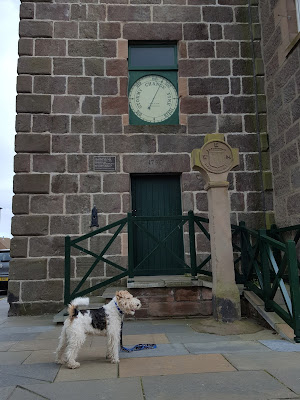 Fitzroy's life ended tragically. A lifelong sufferer from what we would these days describe as depression, he spent his considerable personal fortune in pursuit of his scientific endeavours, which were not always supported by his masters at the Admiralty. In the end, bankrupt and under-appreciated (except by the seamen who knew that his weather forecasts saved lives) he committed suicide.

In 2002 that the Meteorological Office renamed one of the sea areas around the UK 'Fitzroy', in belated recognition of his very considerable achievements. 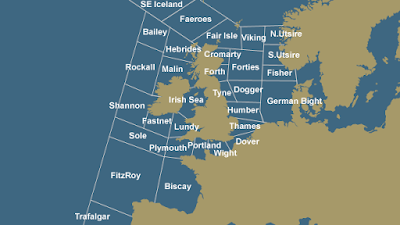 Gail still likes to listen to the Shipping forecast on BBC Radio 4. Don't tell her, but I think it's a bit boring...