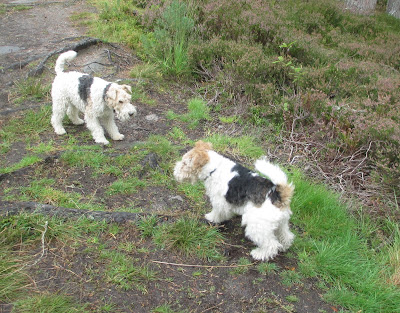 Bertie, you weren't being too friendly with your wiry pal Horatio when we met up for a walk with him and his family near Braemar on Sunday. Now why was that?

Gail, have you ever won anything at athletics? Can you list any major sporting achievements?

Well, er, Bertie, before we go into that, I would like you to answer my question first. 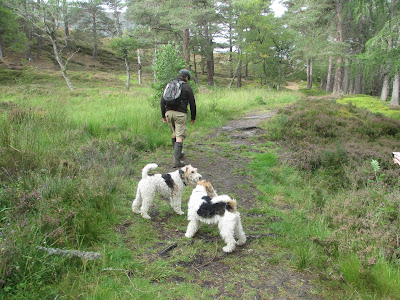 Oh Gail, Horatio was being quite insufferable today. Gloating about how his owner Amanda is now a world famous athlete, having won the Crathes Half Marathon the day before. Saying she is going to be in all the papers - well the Press and Journal at least - and how this makes him, by association, the top dog around Deeside at the moment.

Now Bertie, I think we should all be celebrating Amanda's awesome achievement. I trust you told Horatio how impressed you were?

You've gotta be kidding Gail. No I pointed out that he was looking a good bit tubbier than when we last met, and probably wouldn't himself be winning any marathons any time soon. I thought it was supposed to be kinder to tell the truth and so I called him a lardy-arse...

Bertie, you didn't! That is so rude. I hope Horatio rose above it all.

Absolutely not. He started on about how come I style myself Bouncing Bertie when his brother Harris Vizsla was that very moment demonstrating bouncing around in the heather to heights I could only dream about.

Well yes, Harris did put on an excellent display of bouncing I must say. I'm only sorry I didn't catch it so well on camera. 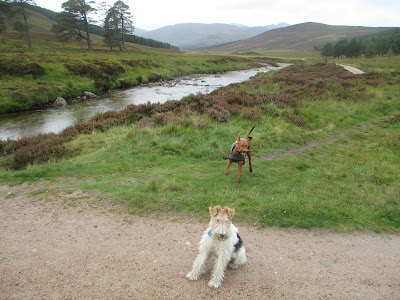 Now going back to your sporting triumphs Gail....

Bertie will you just leave it alone? OK I did win a few 100 m races about a zillion years ago. And you've seen the dust gathering on that racquetball trophy from when I worked in Oklahoma. School hockey colours? Yes. Then remember I came in 3rd in the 'females 50-59' in the 100 km Cycle Sportive event last May. It's not so much, I admit. In truth Bertie, I have always been more of a 'competent all rounder' type, rather than a top sportswoman.

Ha ha ha, is that an 'all rounder' like Horatio, ha ha ha?

Very funny Bertie. Not. Oh yes and I now I remember, what ever were you thinking of, embarrassing me by peeing on Scott's wellington boots right as soon as we met up? 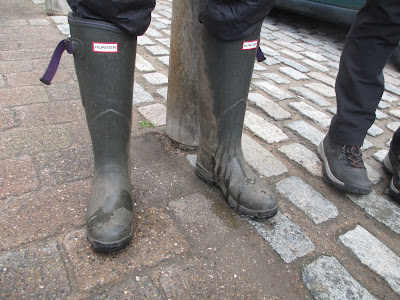 I TOTALLY DID NOT PEE ON THOSE BOOTS IT WAS ALL HORATIO! HE JUST HID BEHIND SCOTT AND LEFT ME TO TAKE THE BLAME. 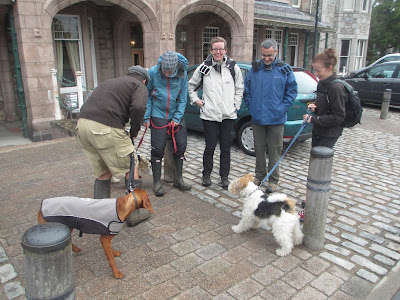 And Gail, please explain that nonsense by the wee loch, when you kept trying to get me and Horatio to 'pose nicely' with Amanda and her twin sister Fiona? 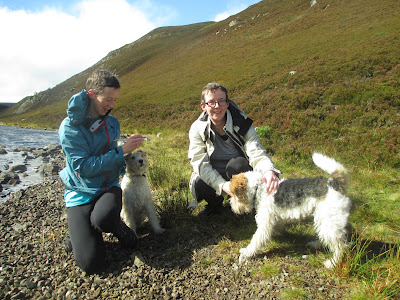 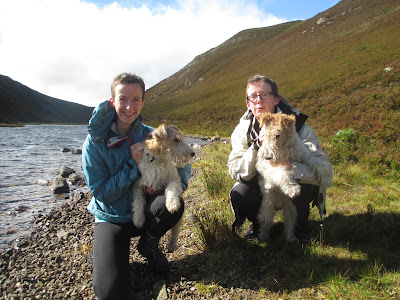 Sigh. I guess I just thought it would make a fun photo Bertie. Why do you always have to be so difficult?

Me, difficult? I think my readers will come to a different conclusion. 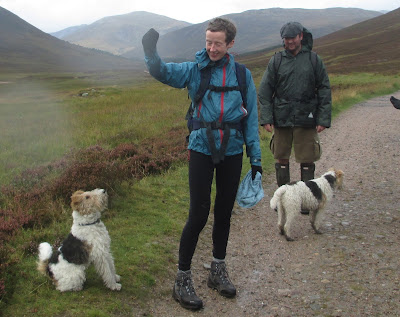 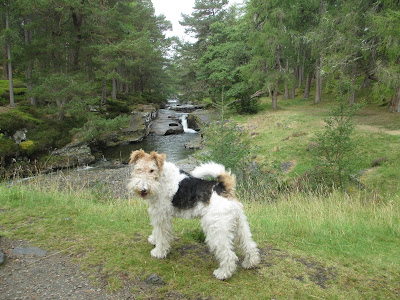 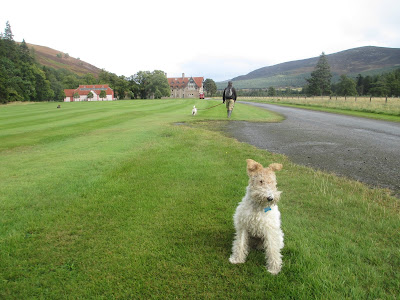 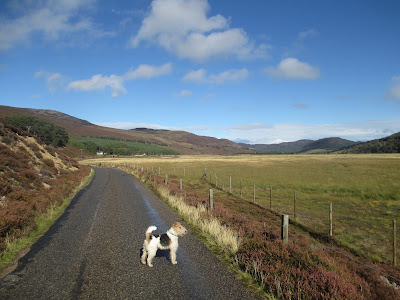 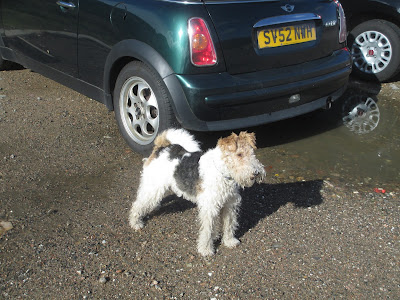 Posted by Bouncing Bertie at 06:03