Frankly, if I had known it was going to be such a long and arduous hike, I would not have wasted energy tearing up the hill after those red deer near the start of the expedition.

At least we were not in Richmond Park and there was no-one else around to witness Gail's "FENTON!!!" moment. And Gail did not film herself stumbling across the heather yelling "Bertie! BERTIE!!!!"

In fact, on the eight hour walk, I didn't encounter a single human other than my own.

It was bright and sunny when we set off from the car. It's rare that you see Loch Torridon looking so blue. 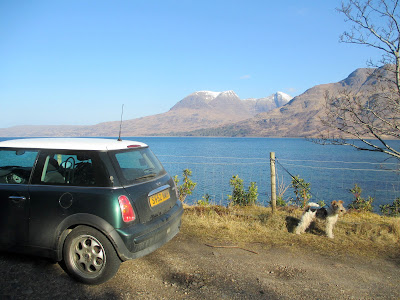 Luckily there was a sign telling us which way to go. 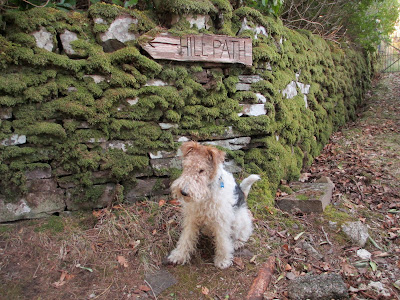 I'd already ran quite a distance (including side trips....) when Gail pointed to the south, to a snow capped peak and said, "see there Bertie, that's Maol Chean-dearg, our target for today." 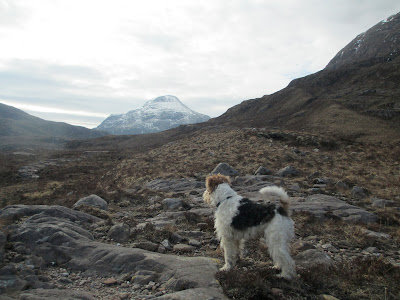 It looked a long way off and awfully steep. 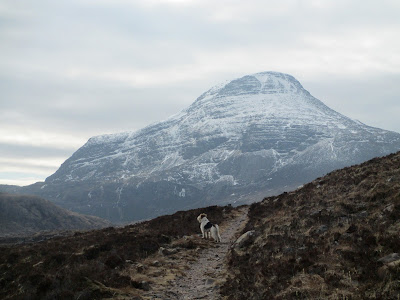 En route, we passed by such a lot of rubble and scratch marks left by glaciers. 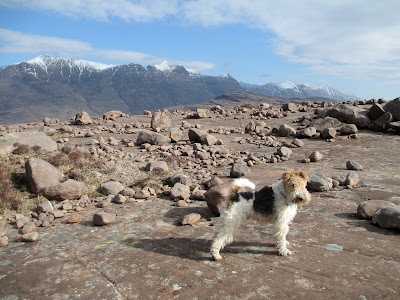 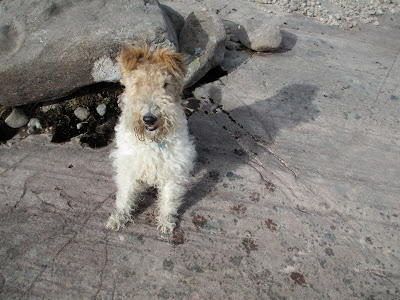 Really, you would think that after a few thousand years, someone might have cleared the place up a bit!

Further on, the path was made from shards of white rock and Gail told me how she'd once before tried to climb this hill with Hamish, but his sensitive paws could never cope with these sharp quartzite pebbles so they'd had to turn back.

At this point I was still going strong. 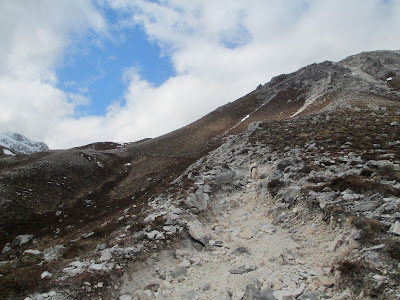 But gosh it was hard work as we finally approached the summit. Lots of scree, HUGE boulders and snow. As Gail was quite scared I allowed her to hold my lead so she would feel more secure on the steeper bits. 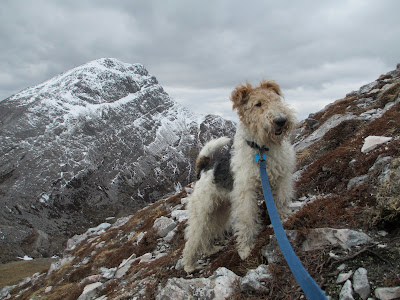 Though I say so myself, I do think the fine panoramic views from the top were enhanced by the presence of yours truly. 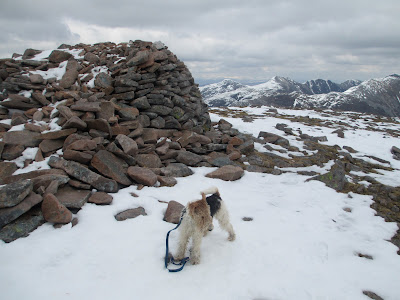 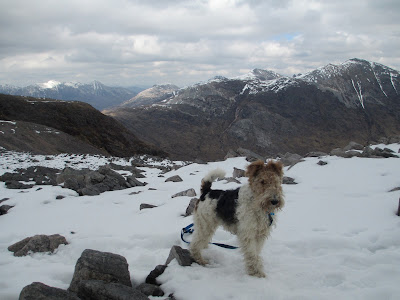 On the long walk back to the car, I stuck close to Gail's heels, putting a brave face on my increasingly aching legs. 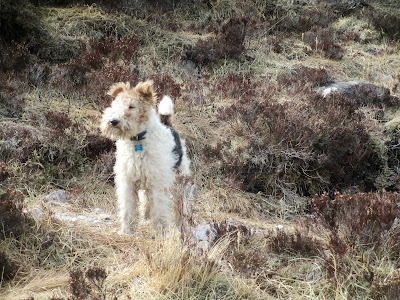 Although I caught the scent of stag several times, I decided not to give chase. In fact, between you and me, I was very weary, and even sat down once or twice, in the hope that Gail might pick me up and carry me for a while, but she didn't oblige, not even when we came to a difficult and dangerous stream crossing.

After, like forever (almost sixteen miles, I believe) we returned to the car. By this time, the sun had gone in and the tide had gone out. 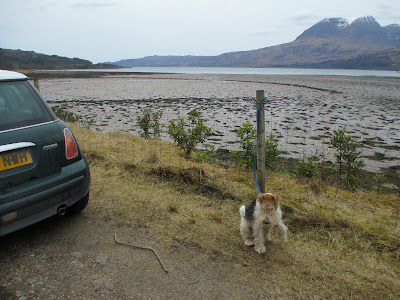 It was time for a visit to the Torridon Inn. Gail enjoyed a pint of shandy and a fish supper, but, do you know, I was so exhausted I didn't even rouse myself to beg for a wee morsel of haddock. 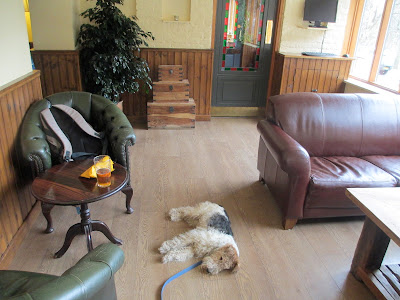 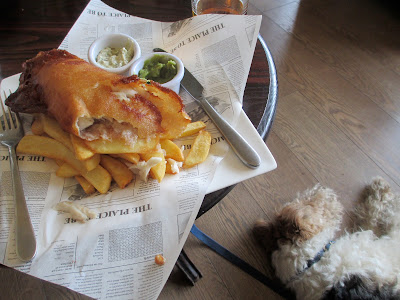 Oh, and did I mention my sore paws? 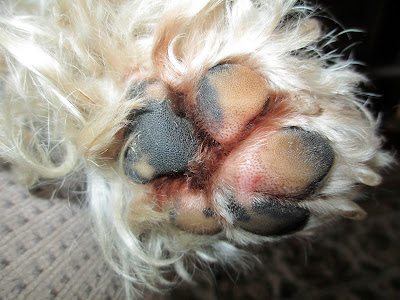 Perhaps my friends could suggest a soothing remedy?
Posted by WFT Nobby at 17:49