When Gail announced that this weekend we would be visiting Molly and Neil, her friends in Macduff, never ever in my wildest dreams did I imagine we would be going for a ride in a wheelie house!

Gosh, I was so excited when I found out, my tail nearly wagged itself loose. On Saturday afternoon, Molly, Neil, daughter Nancy and lurcher Maisie, plus Gail and myself, piled into the vehicle and drove all the way to Cullykhan Beach. 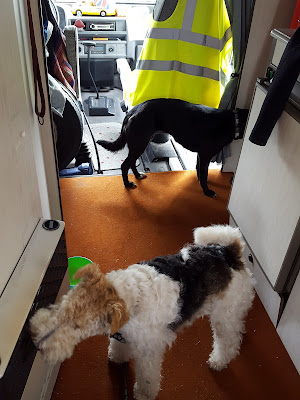 Despite the foreign sounding name, Cullykhan really is in Scotland!  It's a most delightful place, a sandy wee cove on the Moray Firth, hidden away just round the corner from the village of Pennan, about ten miles east of Macduff.

Down at the beach, a short steep walk from the car park, Maisie and I were quite happy sniffing the rocks and seaweed, Molly did a spot of bird-watching and, can you believe it, Neil, Gail and Nancy all went for a swim! 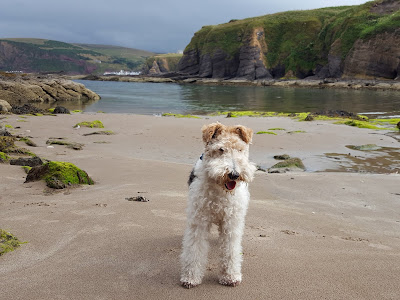 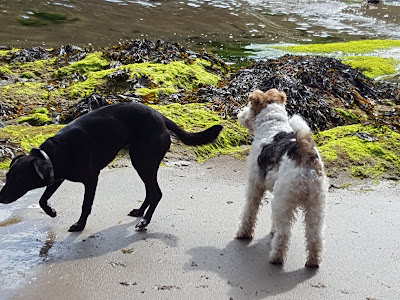 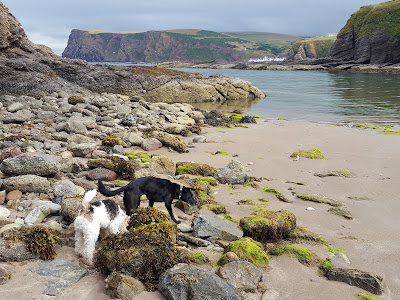 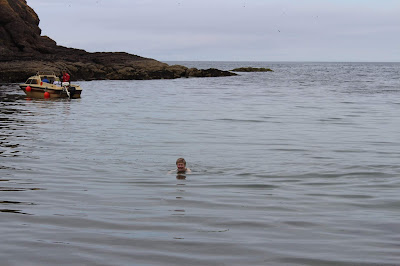 There are no cafés or other facilities at Cullykhan, and I have to say I was most relieved that the humans were able to make themselves a nice hot pot of tea in the wheelie house after their dip in the chilly waters. Eventually Gail's fingers recovered their natural colour`and Neil stopped shivering enough to hold his mug of tea more or less steadily. (Nancy, demonstrating that sometimes teenagers have more sense than so-called grown-ups, had worn a wetsuit and was just fine). 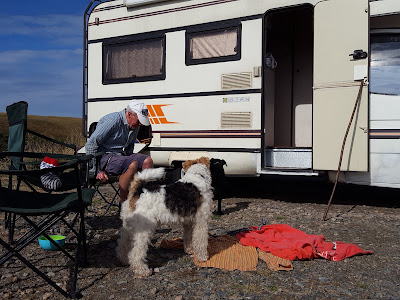 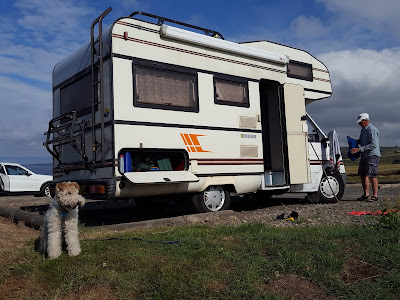 Although Neil and Gail spent the rest of the day loudly declaring what a wonderful time they'd had in the water, methinks that sometimes the lady (and gent) doth protest too much, and my position vis-à-vis the advisability of keeping all four paws on dry land remains unchanged.

I would so love to have spent the night in the Wheelie House at Cullykhan, but sadly it was not to be. We did go for a short walk around a nearby Iron Age hill fort (Fort Fiddes), where Maisie and I found the recycling potential of a trail of fox poop far more interesting than the archaeology, and then we reluctantly returned to Macduff. 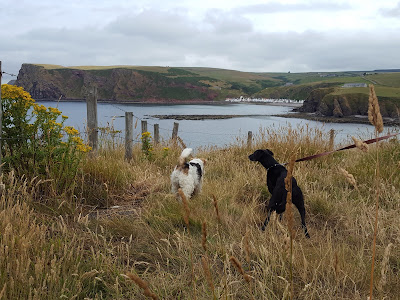