What, no bravery award?

I guess my readers in drier parts of the world don't have to deal with these sorts of problems.

Have you any idea how scary it is to negotiate an agility course in the rain and mud?

So I was down in Dundee on Saturday, taking part in my first outdoor competition of the new season.

I have blogged before about my relatively high centre of gravity and associated 'stability issues'. Imagine now encountering a seesaw covered in a thin film of mud, dampened by a persistent East Coast haar, near the start of an eighteen obstacle run.

You know, I did so well not to fall right over when I slipped and stumbled just at the point when the seesaw tipped. And for sure, a less plucky pup would have jumped straight off and headed for home. Not me though! Despite being quite frightened, I bravely continued round the course, a bit more cautiously usual, I admit, but not missing any of my contacts. I did knock down one of the later hurdles as my wee paws skidded again in the mire on a tight turn. This too was unnerving as, unlike certain other dogs in my agility club (I'll name no names) I rarely mistime my jumps and so am not well accustomed to the clattering sound of a falling pole at close range. But still I carried on, undaunted.

Can you believe that after such an awesome display of courage in the competition ring, I left the show with nothing but a "well done Bertie" from Gail and a couple of extra gravy bones. 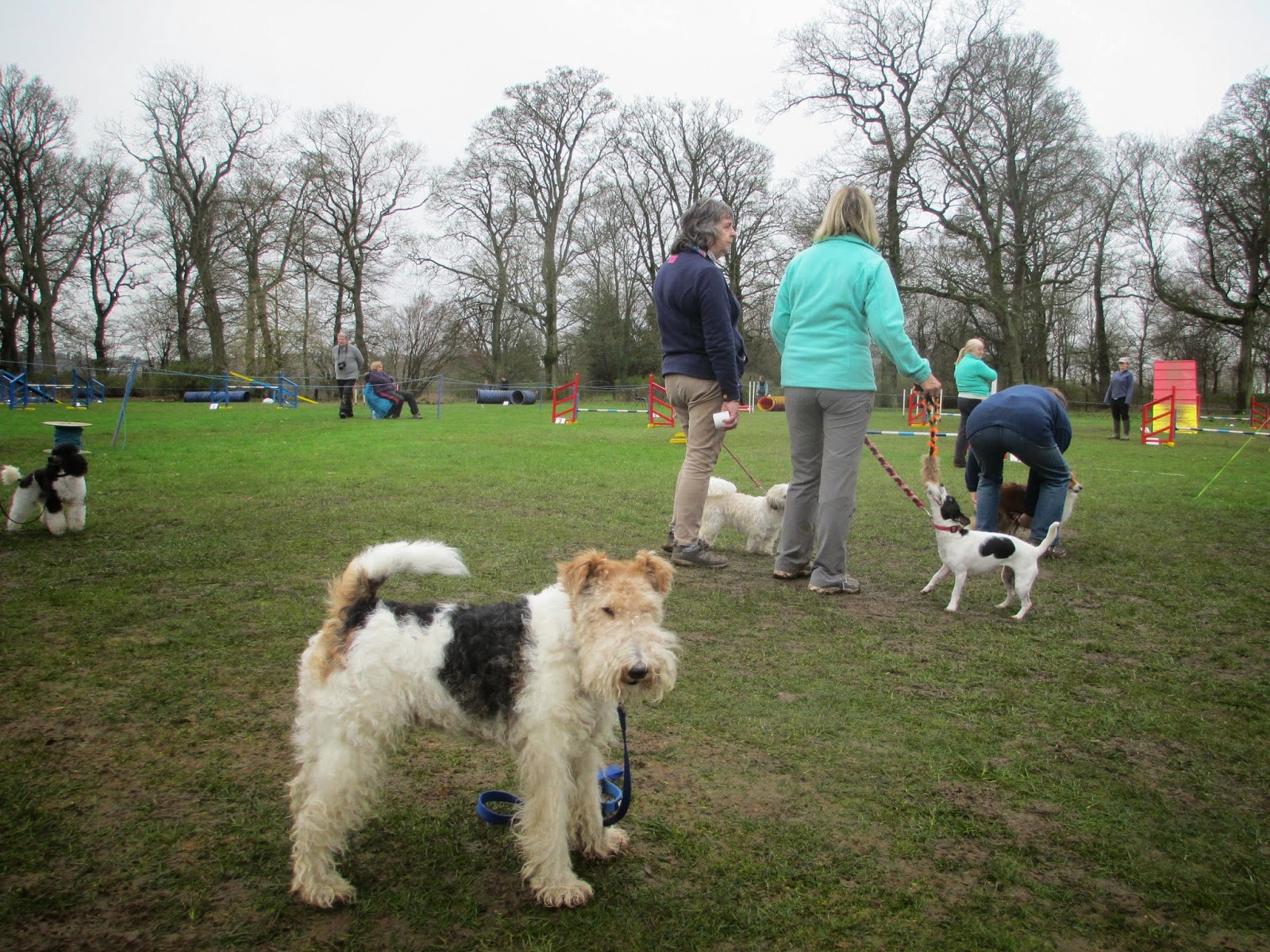 In Dundee harbour, just down the road from the agility show, rests a famous ship, 'The Discovery'. It was used in Captain Robert Scott's first Antarctic expedition in 1901-4. I don't think I am overstating things when I compare my feats on Saturday, heroic although ultimately unsuccessful, to those of the great but flawed British Antarctic explorer.

Oh. Gail says I am (overstating things that is). Just a wee bit.

Labels: Agility, bravery, Dundee, Scott of the Antarctic, The 'Discovery'